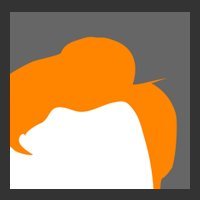 We like to think of ourselves as classy, well-respected game reviewers here at the big GZ – but even we can’t compete with a name like Conan O’Brien.

The world’s tallest leprechaun has been reviewing games since last summer in a segment he calls “Clueless Gamer,” because, well… his experience with video games is on par with a 17th century horseman.  Still – his digital ineptitude proves to be great fodder for our late night entertainment.

For a quick taste of his style, check out one of the earliest Clueless Gamer reviews that focuses on the cultural phenomenon known as Minecraft. As you’ve probably gathered, his feelings on the game don’t necessarily match up with the status quo;

There have been 9 segments of Clueless Gamer so far, all of which are well worth a watch.  If you’re one of the many slacktivist members of TeamCoco who fought like hell to keep him on the Tonight Show and then never watched him on TBS, it’s time to make amends.  Check out Conan O’Brien’s Clueless Gamer channel on YouTube right now.