Home / News / Clash-A-Rama! Your Favorite Clash Characters Have Their Own Animated Series

Clash-A-Rama! Your Favorite Clash Characters Have Their Own Animated Series 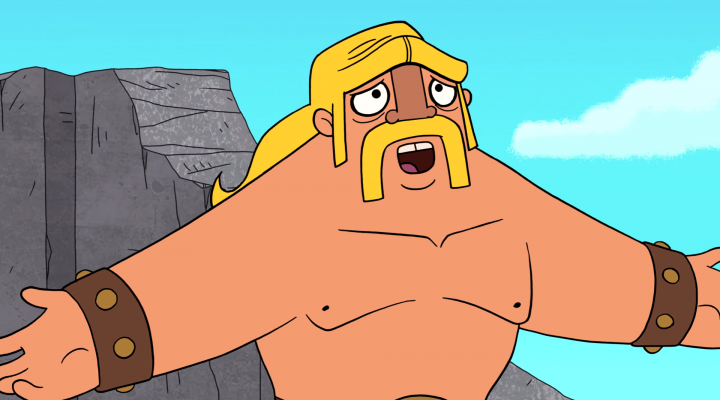 If you’ve ever wondered what a Giant does when he’s not storming castles or a Hog Rider finds the perfect steed to call his own, we have the show for you.

Actually, we can’t guarantee that either of those scenarios will be in Clash-A-Rama!, a new animated series put together by former writers/producers of The Simpsons and Rough Draft Studios, best known for giving us the gift called Futurama. It’s exactly what it sounds like, too: characters from both Clash of Clans and Clash Royale in adventures and hijinks beyond those games.

What, you didn’t think they just sat around in limbo until you summoned them, right? Here’s a look at one of the first episodes, titled “Giant vs. Giant Problem.”

One other episode is already up on the Clash of Clans YouTube channel. No word on how often these will be dropping, but we did get a short description of what else you can expect from Clash-A-Rama!

Ever wonder about that Giant who attacked a Wall instead of a Town Hall? Could someone in the Village steal a Loot Cart for themselves? Can a Wall Breaker fall in love with a Villager? Or would his bomb be jealous and try to break them up?

Sounds promising while at the same time like another step in Supercell taking over the world. We trust they will be benevolent rulers.