City building in the ancient world with Playfish’s My Empire 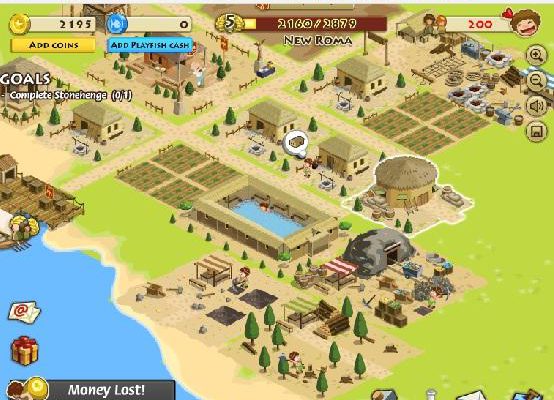 Since it launched last month on Facebook, Playfish’s Greco/Roman city building game My Empire has grown to nearly 5 million monthly active users. Gamezebo sat down with Are Mack Growen, General Manager of Playfish China, to talk about what sets My Empire apart in a sea of “me too” titles.

I admit I am a bit biased, but I think My Empire is a more social and engaging city-building game. We explored various ways friends could engage with each other to build their cities. For instance, there are ‘co-building’ structureswhere you need up to ten friends to help complete construction. These buildings, similar to courthouses and temples, are important because they provide a lot of happiness points and don’t require any coins.

We also have a large collection of Wonders, like Stonehenge and the Colossus, that require resources sent from your friends in addition to resources you’ve produced yourself. So even if you compete with your friends to be the first to build these Wonders, you can only get them by helping each other out. 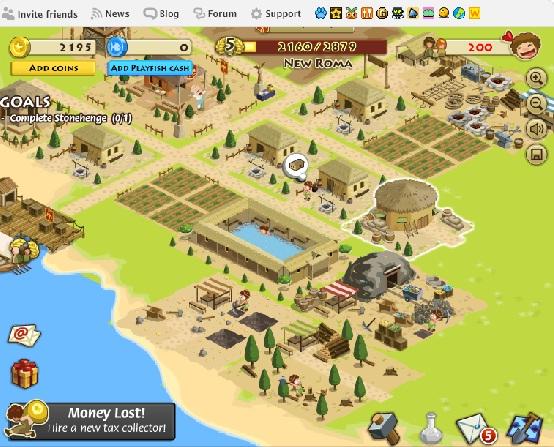 Finally we have atrading systemthat allows you to exchange resources with friends. We believe these social interactions are what makes a social game fun to play, so we are looking to add even more social features as My Empire continues to grow. At the same time, we are also exploring ways to add more game play depth to My Empire while still making the game appealing to our casual players. As you play through the game, you are slowly introduced to concepts like population, happiness, resources, and research – and our players really appreciate this added depth. So keep an eye out for some pretty cool new features in the weeks and months ahead!

What other games or media influenced the creation of My Empire? (For example, the game certain reminded us of Sid Meier’s Civilization.)

We at Playfish, and as part of EA, are big fans of games like Sim City and Civilization. But if you play My Empire you will notice that the game plays quite differently than, say, Civilization. In Civ the fun comes from immersing yourself in the building of a greatcivilizationand all the complexities of trade, diplomacy, warfare and so on. With My Empire, we tried to focus on the social interactions of city building rather than the management complexities of running an empire. The fun comes fromexpressing yourselfas well ascooperating and competing with your friends.

Another big difference is that My Empire is amuch easier game to pick up and put down. Unlike Civ‘s “just one more turn” effect where you end up spending hours playing the game, My Empire was designed for the casual player who likes to check in briefly each day, makes some additions to their empire, and appreciates the progress that they’re making.

Tell us more about the Greco/Roman theme and how this influenced the vision you had for My Empire.

The idea of building an ancient empire was an important part of the vision for My Empire. We felt it had a great story element that would be appealing to players. Our artists have blown me away with their art, and players can really create beautiful ancient cities in My Empire. The theme also influenced a lot of our game mechanics. For example, the idea to gather resources from your mines in order to build Wonders probably would not have existed without the Greco/Roman theme. 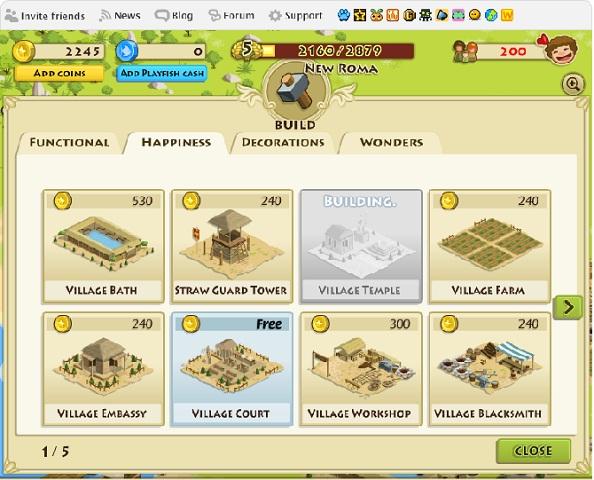 What are some examples of feedback or suggestions that players have given you, and how have you responded (or plan to respond) to them?

Responding to player feedback is extremely important for us. We regularly read the My Empire forum and our Facebook reviews. From early on, players wanted to be able to trade their resources with each other. We thought this was a great idea and implemented the system a few weeks after the game was released. It always feels good to give players what they really want, and the trade system so far has been a big hit!

Can you give us any hints about new features you’re planning to roll out in My Empire over the next little while?

Another common suggestion we get from our players, especially those who are hitting the later levels, is the ability to expand their empire. We are planning a new feature that lets players acquire more land to build an even larger empire. I cannot say too much about it now, but let’s just say we’re pretty sure players will really love it!