Cities and Knights expansion coming to mobile versions of Catan 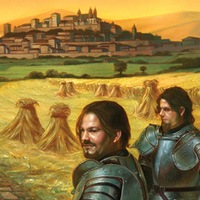 Fans of Catan were delighted earlier this year when mobile games publisher USM announced that the Seafarers of Catan expansion would be made available via in-app purchase. Better yet, though, the addition of one seemed to signal that more expansions might be on the way. As it turns out, they were.

This winter, USM will be making Catan: Cities and Knights available for player of Catan on the iPhone, iPad, and Android. Originally released in 1998 as the second expansion to The Settlers of Catan, Cities and Knights introduced new elements such as defending territory from barbarians and city improvements that can benefit players.

With only three major expansions in the Catan series, can Traders & Barbarians be far behind? I suppose we’ll have to wait and see what USM has in store for us next, after Cities and Knights arrives this winter.