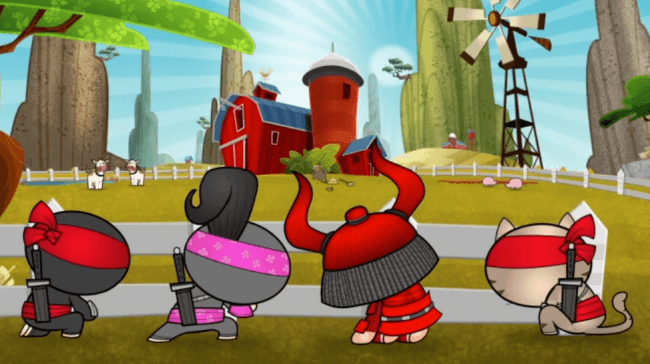 The wheels of television production might take some time to turn, but they turn all the same. Back in March of 2012, Gamezebo broke the news of a partnership between Montreal-based developer Gamerizon and the Canadian television network TELETOON that would result in a series of cartoons based on the Chop Chop Ninja universe. Now, 19 months later, more details have emerged.

Chop Chop Ninja Challenge will be a series of 39 shorts, each one and a half minutes in length, featuring four characters “as they compete in individual challenges that test their skills,” says the official press release. It’s being developed alongside fellow Montrealers Sardine Productions.

Looking for something a little more long-form? Don’t worry – we’ve been told that a full-length series is in development with TELETOON as well. You can expect to see Chop Chop Ninja make the jump from phone to TV sometime in 2014.

Hero Academy is now on Android