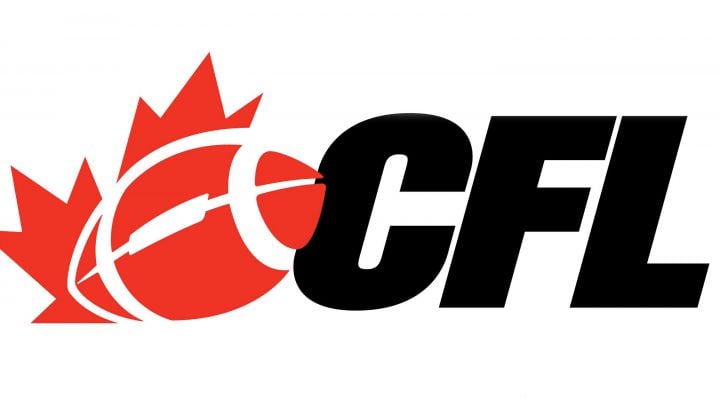 The NFL doesn’t have much of a presence in Canada. For the most part, Canadians that want to watch some American football need to haul themselves up and peer over the United States’ border. Otherwise, Canadians enjoy the CFL and its larger fields, its three downs, and the pitying chuckles from Americans.

But Canadians are affectionate towards the CFL nonetheless (particularly out west), and there has been a serious effort to make the league more visible. One such effort occurred last week before the 102nd Grey Cup game on November 30 (the Calgary Stampeders bested the Hamilton Tiger-Cats, 20 to 16). CFL commissioner Mark Cohon hosted an “Ask Me Anything” (AMA) on Reddit and answered questions ranging from his favorite Canadian musical acts (Rush and Sheepdog) to the CFL’s relationship with EA’s Madden franchise. 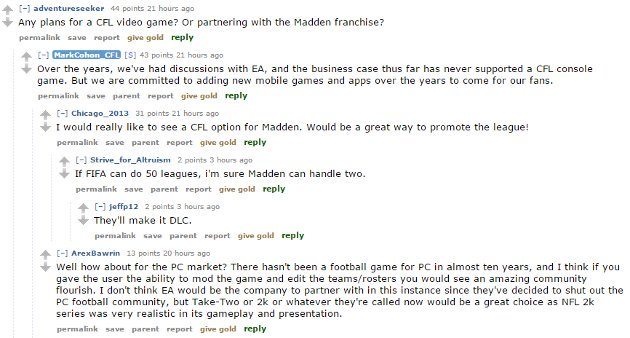 Short answer: Don’t hold your breath for a Madden CFL game. You’ll die. That said, Madden’s developers have built a CFL game, but they won’t release it.

But Cohon told Reddit that the CFL will be “adding new mobile games and apps over the years to come for our fans.” There’s no word on what those games will be or when we’ll see them, but the next CFL season should kick off in June 2015, so we’ll keep our fingers crossed.

Read the entire AMA for more cool information and trivia about Canadian football.