Casual gaming – on a console 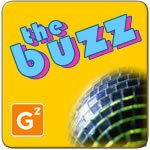 Video game consoles are no longer just for teenage boys – at least that seemed to be the prevailing message at this year’s Electronic Entertainment Expo, which wrapped up this week in Los Angeles. Traditionally the event where companies gather to show off the next Halo, Grand Theft Auto or Call of Duty, this year saw a ton of announcements that might convince more than a few casual gamers to ask for a Nintendo DS, Wii, or even an Xbox 360 this holiday season.

The first casual gaming trend to emerge from E3 is that more of games you know and love on the PC are migrating over to consoles. Majesco is bringing a version of Gogii Games’ time management hit Babysitting Mania to the Nintendo DS, while Cradle of Rome will also be launching on the DS this fall courtesy of cerasus.media, and Legacy Games will be releasing a DS version of its PC vet simulator Zoo Vet: Endangered Animals.

This fall, RealNetworks will be releasing Sally’s Salon and Tropix for the Nintendo DS, and a Wii version of Mortimer Beckett and the Secrets of Spooky Manor.

Disney even announced a DS game based on its Club Penguin virtual world that will serve as a new adventure that lets players unlock special features and upload coins to their online Club Penguin account.

As well as simply releasing console versions of PC hits, however, more and more companies are developing exciting original casual games for consoles.

Majesco’s Our House, for example, is an upcoming Wii game that lets up to four people play together to build and remodel virtual homes. Players will be able to use the Wii’s unique touch-sensitive controller, which responds to motion when it’s shaken or waved in the air, to simulate hammering, painting, sawing and other activities.

Electronic Arts announced two new games developed under its EA Casual label: Hasbro Family Game night, available for the Wii and PlayStation 2 and hosted by none other than Mr. Potato Head, is a collection of popular Hasbro board games including Battleship, Yahtzee, Boggle, Sorry! and Connect Four, as well as a new game developed exclusively for the video game called Sorry! Sliders. Littlest Pet Shop lets players collect and play with 20 different kinds of pets on the Nintendo DS.

What might be even more surprising to casual gamers is that Microsoft’s Xbox 360 console has a healthy line-up of casual games, many of which are offered through the Xbox Live Arcade – a game portal built into the Xbox 360’s dashboard that lets you browse, buy and download games directly from the console.

Casual games you can expect to see on the Xbox 360 in the upcoming months include a game based on the popular game show 1 vs. 100 where up to 100 players can answer questions and compete against each other through the Xbox Live online gaming service; the movie trivia game Scene It? Box Office Smash, and the multiplayer card game UNO Rush.

The number of casual games announced at E3 is certainly encouraging, given that last year there was barely enough casual game news to cobble together one paragraph of coverage.