Casual Connect: What’s in a name? 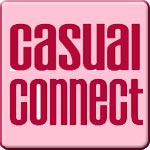 An awkward name can put an otherwise fun game at a severe disadvantage. Just ask GamesCafe.com, the developer of Mahjomino.

"Mahjomino was our first title, and we thought that since the game was a blend of mah-jong and dominoes, let’s just combine them," said GamesCafe.com President Steve Shatford. "The reason the name failed was that people couldn’t figure out how to pronounce it, and because of the awkwardness of name people had problems remembering it.

"A small percentage of the audience actually got the concept but essentially it’s a failed name, and the bottom line is that we should have called it something else."

One of Diner Dash creator Nick Fortugno’s early games was the serious game Ayiti: The Cost of Life. "Ayiti" is the word for Haiti in the country’s native language, which is interesting, but the word has no recognisability otherwise and as a result the game was extremely hard to search for and find. Another lesson learned.

Speaking on a panel at Casual Connect, Shatford, Fortugno and other developers shared stories and advice about how to select great game names.

Fortugno (who is currently co-founder and chief creative officer at Rebel Monkey) said his team came up with the name Diner Dash during a frantic brainstorm two weeks before the restaurant-themed time management games was scheduled to launch. "We chose the name because of the alliteration," he explained. Up until that point, the game was referred to by its working title, Lunch.

Fortugno cited his background in literature as an inspiration to consider the importance of things like cadence, rhythm and alliteration when picking a name.

"I think alliteration gets ragged on a lot, but this is an old technique and it’s all about using language. You can find alliteration all through literature, from the first line of Chaucer’s Canterbury Tales to hip hop. It’s not an accident that people keep doing this."

GamesCafe.com’s first really successful game was Sally’s Salon. "What made the name really neat," said Shatford, "was that everyone could pronounce ‘Sally,’ everyone knows what a hair salon is, and the alliteration helps with memorization. People had no problem understanding what the game was about, and so many people come out of a hair salon feeling great that there was already a positive association with the game."

Naming games gets trickier when it comes to sequels. Panellists agreed that developers looking to build a strong brand and extend their games’ shelf lives may want to stay away from simply numbering games 2, 3, 4 and so on.

Last Day of Work Founder Arthur Humphrey said his company subtitled (as opposed to numbering) its Virtual Villagers games as a way of extending the shelf-life of previous games in the series.

Playrix Entertainment had a unique challenge in naming the spin-off sequel to Fishdom, a match-3 puzzle game with a fish-raising aquarium meta-game. The spin-off kept the aquarium but replaced match-3 with hidden object gameplay.

The danger of calling the spin-off/sequel Fishdom 2, explained Playrix VP of Business Development Sean Elliot, was that it could create false expectations. If audiences went in expecting more match-3, they would be disappointed. Playrix settled on the name Fishdom H2O: Hidden Odyssey, a name that referenced the game’s sequel status with a reference to its "hidden" object gameplay.

Once developers have settled on a name, there’s one more important point to consider: whether it makes sense in other languages.

Fortugno shared the story of a game he developed many years ago based on Lego Spybotics that involved viruses.

"German translators called us horrified and said we couldn’t use word virus," he said. "In German, the word means ‘disease,’ but disease specifically associated with women on the street and sex. It would have been bad to launch in German as Spybotics: Attack of the AIDS."

Similarly, Playrix was told by its German partner to think about renaming Fishdom because in German "dom" means a church, so it sounded like "fish-church," which could cause confusion since the game had nothing to do with churches. (Playrix decided to stick with the original name because it was already a successful and recognizable brand online.)

Terri Hardie, Arcade Producer at Reflexive, stressed the importance of checking with native speakers to make sure a game’s name doesn’t have any hidden meanings. She described having to delicately explain to a developer whose first language wasn’t English why he couldn’t call his Christmas-themed match-3 game Santa’s Huge Sack.

My Kingdom for a Princess – Just In