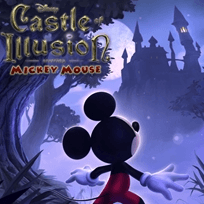 If you’re a diehard fan of both Disney and old-school gaming, chances are you’ve already heard the news about Castle of Illusion Starring Mickey Mouse. For the rest of you, it’s my pleasure to reveal that a remake of the classic 2D platformer is coming soon to Xbox, PS3, and PC.

As the word “remake” denotes, the new Castle of Illusion will be undergoing some changes. First and foremost is a graphical overhaul, which will see the game leave its 2D roots and enter the wild world of 2.5D. The developers are also working with the director of the original game, who is assisting them in implementing concepts that couldn’t be used the first time around due to technical limitations.

Disney and Sega have also made it clear that they have no intention of ditching the game’s roots. “If you have played the original game, you will also see that we have kept intact many of the major iconic elements of the game that helped define this groundbreaking game at the time of its original release,” said Mai Kawaguchi, Senior Digital Brand Manager of Sega. Similar remarks are typically made whenever a game is remade, but it’s still good to hear that neither company has lost sight of what made the original so well-loved.

I’m a pretty big fan of the original, and so I’ll be keeping an eye out for additional details on this remake. Should more info arise prior to the game’s release this summer, I’ll be sure to keep you in the loop. Until then, let’s all cook up some Mickey Mouse-shaped pancakes.