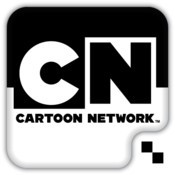 The case for a second screen in modern gaming experiences has been argued for a while now. But do we really need two? That’s clearly a question the folks at Cartoon Network asked themselves with the launch of their latest app. Appropriately titled Cartoon Network, it allows users to watch live TV or recorded video while they play various games. And because I know a lot of you out there are wondering: There’s totally a game based on Adventure Time.

It should be noted that only the iPad version of the app allows simultaneous video and games. All of the same content is available on the iPhone and iPod versions, but it has to be enjoyed one piece at a time. Though maybe if you have both an iPhone and an iPod you could tape them together and then play a game on one as you watch video on the other. It’s what MacGyver would do.

Users will also earn “DNA” as they use the app, which can be used to unlock collectible cards. I can’t say with any certainty that one of those cards will feature Lady Rainicorn, but I have a pretty good feeling. And if it doesn’t, hey – you’re still getting tons of video content and games for the price of free. Perspective.

The Price of Piracy