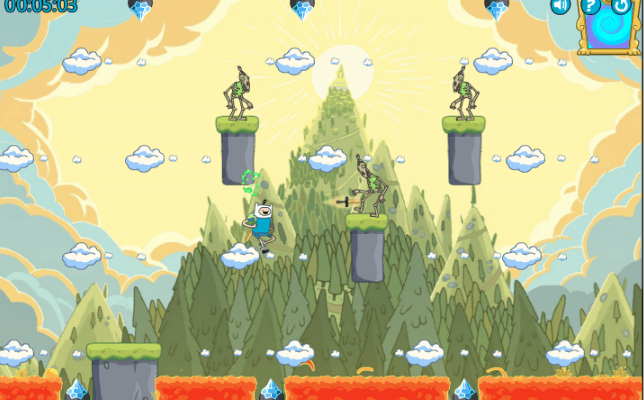 WHAT TIME IS IT?! Adventure Time! We’ve already seen the insanely popular Cartoon Network show spawn off a number of video game titles, from smartphone and tablet action games, to a Legend of Zelda-inspired 3DS adventure, to even a full-fledged console release coming later on this year. Given the extremely bizarre nature of the show, imagination is the key to success with this franchise: so why not let you, the Adventure Time fans create the next big gaming adventure for Finn and Jake to go on?

Well that’s exactly what Cartoon Network did with Adventure Time Game Creator, a new online game released exclusively on cartoonnetwork.com this week that lets Adventure Time fans create their very own levels in the Land of Ooo, and play hundreds of other user-created levels made by all of their friends. This is a game for all sorts of gamers, both young and old, and stands as a really great introduction to the fundamentals of video game design. 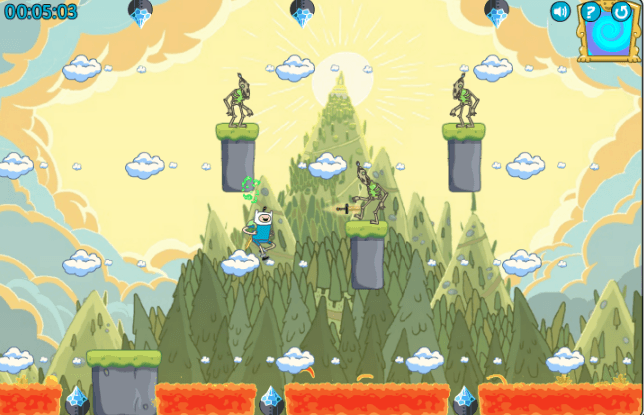 After fiddling around with the level editor portion of the game for a couple of minutes, I realized how simple, yet completely intuitive it was for me to create my very own Adventure Time level within seconds. Everything is broken down into basic decisions, with just enough customization facets to give it a bigger sense of depth for those who want it. Players get to choose a basic template layout, or design their own layout from scratch, before selecting a scenic background, and the objective of their level (from collecting all the gems, to squashing all the bad guys). Then they’ll have the option to cover the layout in as many obstacles, collectables, and power-ups as they see fit before testing it out themselves.

And even if you somehow get tired of playing as Finn and Jake (but really, how could anyone ever get tired of those guys), Cartoon Network plans to release a new playable hero into the game each and every week throughout the month of July. Adventure Time Game Creator can be played right now on cartoonnetwork.com. 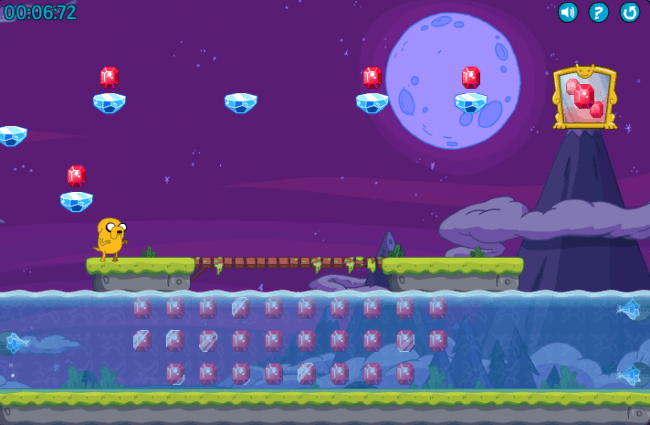