Carmen Sandiego and The Oregon Trail coming to Facebook in February 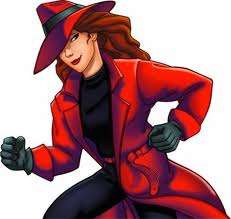 A pair of classic games will be coming to Facebook next month in the form of The Oregon Trail and Where in the World is Carmen Sandiego? The games are a joint effort between The Learning Company and developer Blue Fang Games (the studio behind Facebook title Zoo Kingdom).

The Oregon Trail was originally released way back in 1974, and has been ported to a number of different platforms, including, more recently, the iPhone. Based on the launch trailer it looks like the new Facebook version will feature a visual makeover, plenty of social integration (“now join your friends on The Oregon Trail!”), and a number of different mini-games. The game should be hitting Facebook on February 2.

Meanwhile, the Carmen Sandiego series was a popular media franchise in the mid-1980’s and early 90’s, that spawned dozens of games, an animated television series, and even a line of tie-in books. The games were educational, but fun, having players follow globe-trotting thief Carmen around the world as they attempt to capture her while learning about geography along the way. The Facebook version is set to be released on February 9 and looks to be very similar to the classic PC games.