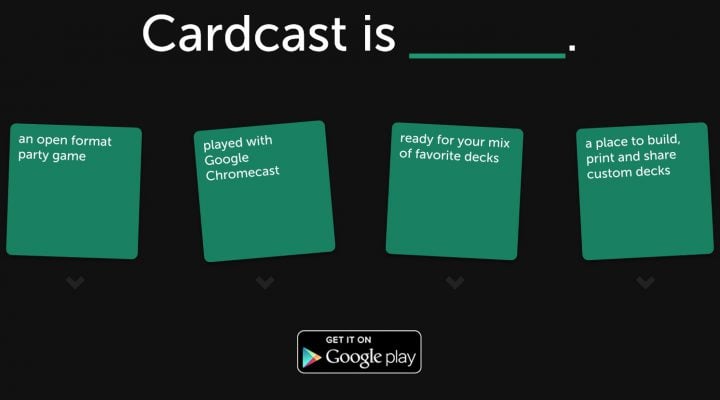 It’s the future. We shouldn’t have to play games like Cards Against Humanity huddled around a table like animals. Thankfully, Cardcast is here to save the day, allowing players to hold their hand of cards on multiple Android devices, with selections appearing on your TV through the magic of Chromecast. 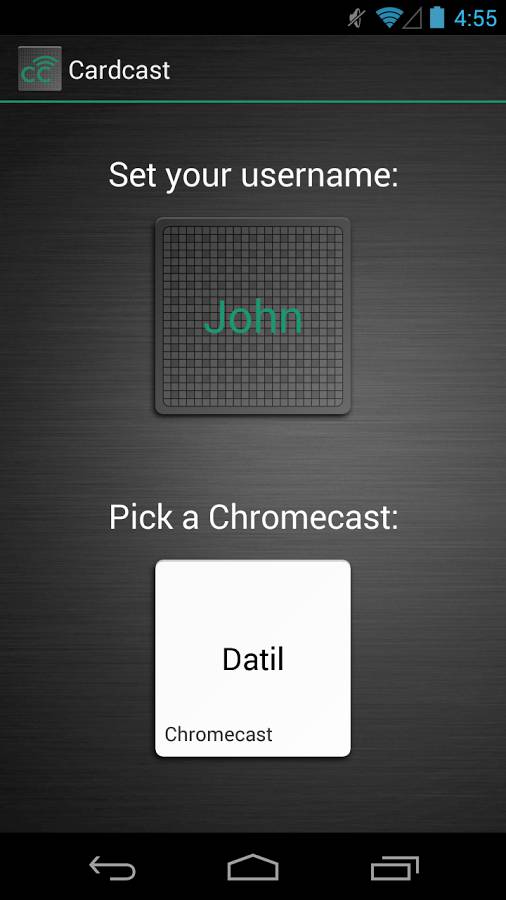 Cardcast is free to download from Google Play. Launch it, put in your name, connect to the local Chromecast, and you’ll be part of the current game. From there, it’s simple call-and-response play like Cards Against Humanity (or Apples to Apples for you family-friendly folks): a call card is drawn and people submit their best response from their hand, with the call-drawer choosing the winning card. And hopefully many laughs and good times are had by all.

The Cardcast website features a number of custom decks that can be added to the game to be played. Some of these include actual Cards of Humanity decks, but since the game is published under a Creative Commons license that allows the game to be remixed (but not sold), this seems to be kosher. And ultimately, the idea of call-and-response is not new, the fun comes in the content of the cards and how the responses can be wildly inappropriate in content and context.

Bonus fact: custom decks means that more creatively-inclined players can create their own. 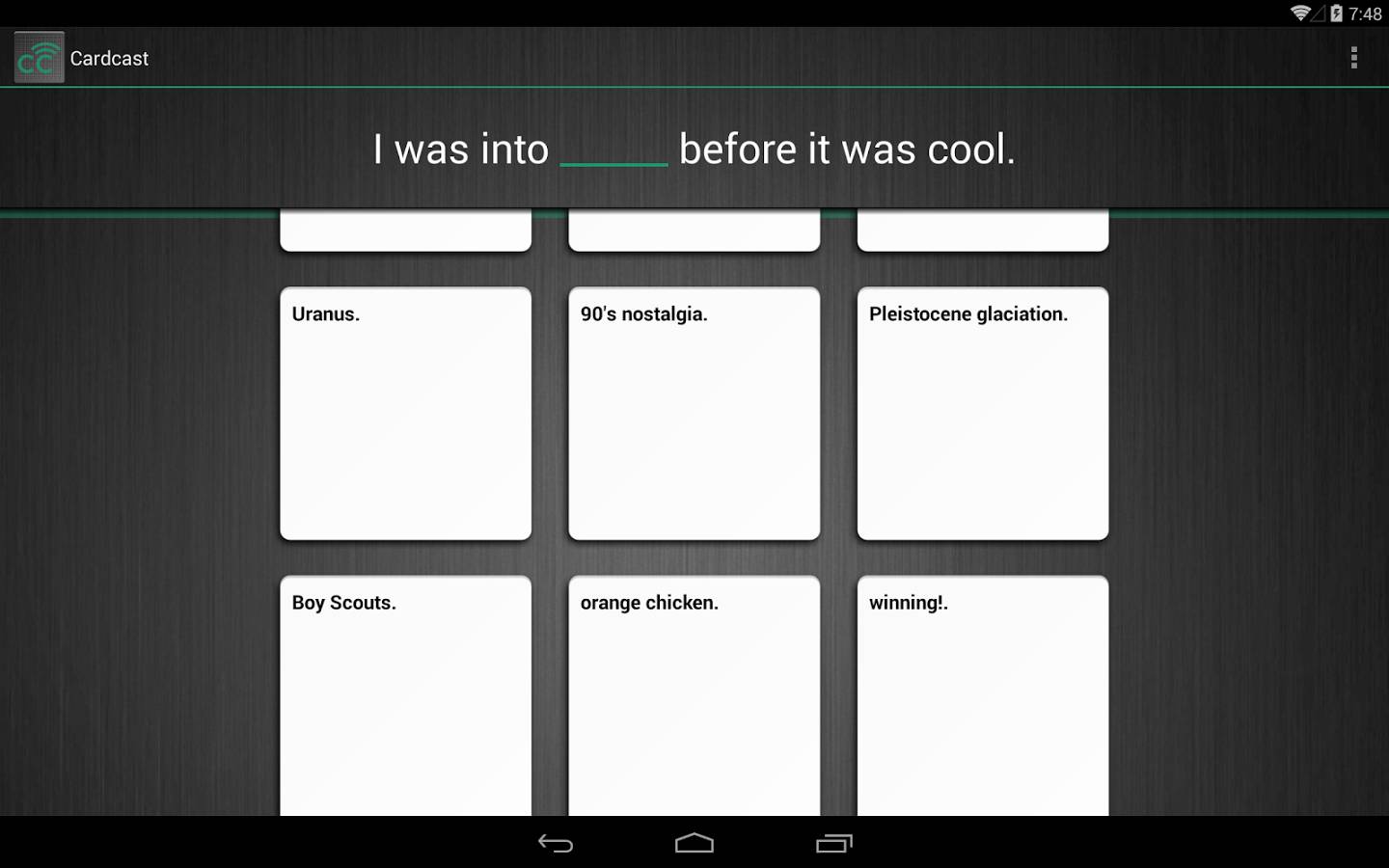 The issue with the game that may hurt its adoption, at least in the short term, is that it seemingly requires an individual Android device for each player. This makes keeping track of decks and shuffling easier, but brings in technical considerations – and since the game’s not on iOS yet, it does kind of limit who can play.

It’s may not be as simple as buying a set of Cards Against Humanity or printing your own, but hey — if you own a Chromecast and have some Android-toting friends, this one seems like a no brainer. The march of progress continues forward unimpeded.

2048 Snake: A Clever Hybrid, and Proof of Ouroborous

No Brakes is Racing Up the Charts