Carcassonne, Roll Out and more! New iPhone Games This Week 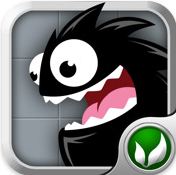 Each week hundreds of new games hit the App Store, vying for your dollars. Join us every Friday as we sort through the pile and let you know which games should be on your radar. This week’s releases include two critically acclaimed board games, a brand new spin on match-3 gameplay, a twin stick shooter with a mission-based motif and more!