Home / News / Carcassonne expansions still in the works for iOS

Carcassonne expansions still in the works for iOS 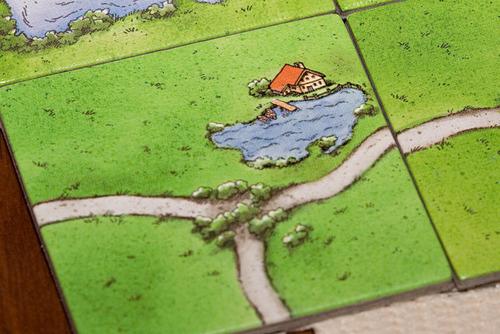 When it was first released on the iPhone last June, Carcassonne quickly set the standard for digital board game adaptations. Don’t just take our word for it – competing developers have said the same thing. Alongside that June release were a few promises for the future: iPad support and the release of expansions via in-app purchases. Since that time only one of these has come to fruition.

With the universal update to add iPad support hitting the App Store back in December, we decided it was time to reach out to Coding Monkeys’ own Martin Pittenauer to check on the status of the much-anticipated expansions. Here’s what he had to say;

“We’ve made good progress with the first expansions. Right now we’re finishing up our Game Center Update – due in a few weeks – that will make it easier to play against your friends and find new ones. It will also add achievements and more highscore lists. After that we’ll work on getting the first expansion polished and make sure it plays well.”

The Game Center update sounds like it will add some great elements to an already great game, but with 8 full expansions and 10 mini-expansions in the series, what we really wanted to know is which content CodingMonkeys would be bringing to the App Store;

“We’ll try to follow the original release order of the board game extensions and plan to include expansions if they work on the platform (including some or all of the mini-expansions).”

For those of you not familiar with the series, the first few expansions are generally considered to be the best in the series, so it makes sense for them to lead with their best foot forward.

Inns & Cathedrals, the first expansion in the original series, introduced new tiles that added an element of risk into the game. Roads with an inn on them have a point value of 3, but if they’re not completed, they’re worth nothing. Cathedrals offered a similar element for cities. The game also added the option for a sixth player, as well as a single “big meeple” that counted as two when placed. 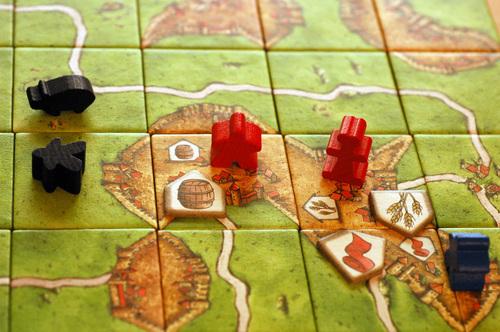 The series second expansion, Traders & Builders introduced the idea of goods to the game, with players being awarded points for collecting the most wine, wheat, or cloth. Traders & Builders also introduced a new meeple, the builder, who allows you to double-up on turns in certain instances, as well as a pig meeple that upped the value of farms.

While there’s no guarantee these two expansions will be released in Coding Monkeys’ iOS version, they certainly seem to be the logical first choices. After all, they follow the order of the original release, and in my experience with the game I’d say they’d work perfectly on the platform.

It may be too early to nail down a release date for the first expansion, but if they’re about to enter the “polishing” stage as Martin suggests above, we may not have much longer to wait. Regardless of when it happens, we’re just delighted to hear that there’s more Carcassonne on the way.

Not sure why we’re so excited? Go back and read our five star review!

Legendo brings The Three Musketeers: One for All! to Mac