Car Jack Streets 2: not dead yet! 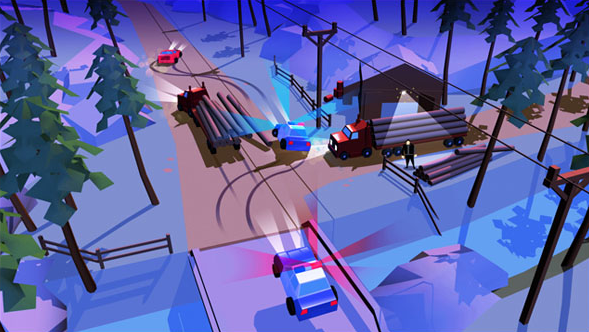 Originally announced back in 2009, it’s been a long time since anybody heard anything new on Car Jack Streets 2. After our interview back in 2012, Tag Games seemed to have maintained radio silence on the subject. There was no official word on the game after that point, and Tag Games have since moved on to a number of other now-completed projects, like bringing Might & Magic: Clash of Heroes to the App Store, and creating Moshi Monsters Village.

The writing was on the wall. Car Jack Streets 2 was dead.

“The reports of my death are greatly exaggerated.” That’s Mark Twain, though it just as easily could have been Tag Games CEO Paul Farley. Despite a general consensus amongst internet denizens that the project was dead, Farley has assured Gamezebo that this simply isn’t the truth. Production on Car Jack Streets 2 moves on, albeit slowly.

Image shared by TagPlay to the TouchArcade forums, 2011

“Car Jack 2 is still in (very slow) development,” said Farley. “It’s certainly a labour of love, feels a bit like ‘Indie Game: The Movie,’ only we’re making an open world 3D game with one or two people at a time!”

If the number of developers attached to the project sounds small, Farley wouldn’t disagree. With bigger projects from major clients coming in (like the aforementioned Clash of Heroes and Moshi Monsters), Tag Games had to put their resources where they made the most sense.

Working on projects for clients has also given the team the chance to explore some of the new skills that the development of Car Jack Streets 2 demands.

“There has been some massive changes in the industry with F2P coming to the fore, games being run as services, [and] the use of metrics,” Farley told Gamezebo. “We felt all these changes would benefit CJS2 eventually, as we always saw it as a lite MMO type of game mixed with the GTA style action. However in the short term we needed to learn how to do these things well. We feel we’re at that point now.”

Farley is hoping to bring more people onto the development of Car Jack Streets 2 in the near future, but admits that they’re limited by both team size and funding. While nothing has been set in stone, they’re considering the possibility of using a crowdfunding site like Kickstarter to speed up development and have a launch-ready product “in a fairly short period of time.”

Acknowledging that mobile games seem to have a much harder time with crowdfunding than PC titles, Tag Games aren’t opposed to the idea of moving beyond mobile. They’re even considering launching Car Jack Streets 2 on Steam first, and the App Store later.

While the current team is small and the game isn’t quite as close to the finish line as you might be hoping, it sounds as though a lot of the heavy lifting for Car Jack Streets 2 is now in the rear-view mirror. Farley tells us that the “technical platform” has been built, meaning on-the-fly world-building, physics, and vehicle handling is all in place.  It’s the missions, characters and vehicles themselves that still need to be tackled, and there are no doubt some other loose ends that need to be tied up as well.

It may not have a release window, a new screenshot, or even a Kickstarter to back (yet), but rest assured – Car Jack Streets 2 is alive and well and being worked on as we speak.