Home / News / Capcom bringing the Smurfs to the iPhone

Capcom bringing the Smurfs to the iPhone 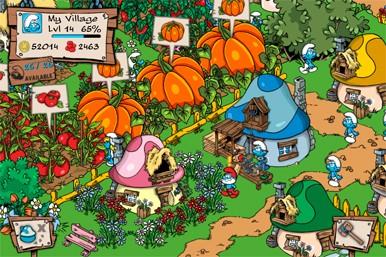 Papa Smurf, Gargamel, and Smurfette are coming to the iPhone courtesy of Capcom.

According to Games.com, Smurf Village will be the Smurfs meets FarmVille with a dash of FrontierVille (I bet Zynga didn’t expect that as competition) and is launching by the end of November.

This is the third game for the the iPhone that Capcom plans to launch for the iPhone by November, and all are clearly influenced by the latest trends on Facebook and the iPhone. The other two games are Zombie Café (Zombies meets Café World) and Lil Pirates (sail the seas as a pirate, another popular theme lately).

The games will be free to play but players will be able to purchase items within the games to advance.

All three games are interesting, but it’s Smurf Village that is most intriguing to us.

Will this game be successful? Like all games, that will mostly depend on how well designed the game is. Taking that aside, it will be interesting to see how powerful a franchise the Smurfs are after all these years. If iPhone gamers have the same reaction as I did when I heard the news which was “Holy Smurf,” then Capcom may have a hit on their hands. If iPhone gamers are not as old as me and ask “What’s a Smurf? Why are they not as angry as a bird?” then that would be another story.

Will there only be one female character (Smurfette) in Smurf Village the game as there was in the TV show? Interesting final thought of the day…