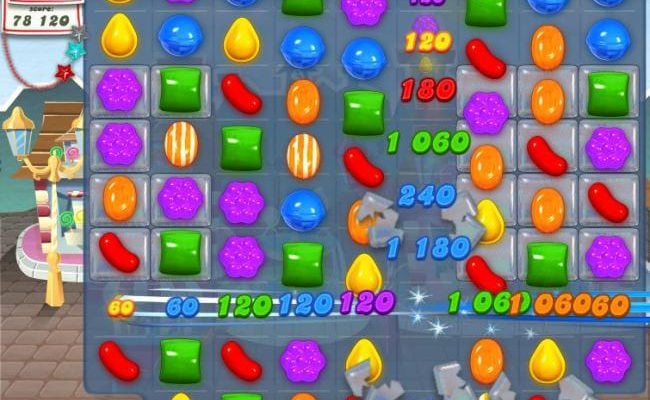 In the field of social games, one company is clearly the current king of the hill, boasting multiple top 10 Facebook games month after month while raking in big revenue on mobile platforms as well. You’ll have to excuse the pun because the firm in question actually is King, the force behind the unusually addictive social/mobile sensation Candy Crush Saga.

Minus the mobile part, a very similar description was used to discuss Zynga just a few years ago. Now the fortunes of the two companies couldn’t be more different. Privately held King has offices in seven different countries and plans to expand to 750 employees by the end of 2013 – which may not sound like a lot, but represents a sizable increase from the 400 people currently on its payroll.

Publicly traded Zynga is going in the opposite direction, laying off workers and shuttering whole studios. The most infamous closure was the New York office that housed most of the former staff of OMGPOP, creator of Draw Something and a company that Zynga had purchased for $180 million just 15 months prior.

The struggles of Zynga since the time its “Ville” games were the envy of the social gaming world have been well documented, but one thing that even CEO Mark Pincus has admitted is that his team was caught flat-footed by the rapid rise of mobile gaming. Their attempts to transition Facebook strength to smartphones and tablets mostly flopped, and as a result, Zynga is scrambling. Its future is tied to the elusive “midcore” market and hopes for legalized online and mobile gambling in the U.S., if it’s tied to anything at all.

Zynga still had three of the top 10 Facebook games by monthly active users (MAU) in May, yet it talks more and more as if the kinds of titles that built it into an empire are a dead end. At the same time, King has essentially set up shop in what used to be Zynga’s backyard and has shown few signs of slowing down.

How is this possible? As King’s Games Guru Tommy Palm told Gamezebo at E3, it’s due to a smarter game development process; one that capitalizes on the company’s web portal and minimizes risk by only pushing the games to Facebook and mobile after they’ve been proven to have some winning qualities.

“We started out making more casual social games, rather simple games that we have on [King.com] now,” Palm said. “We have more than 150 games there, and it’s a very important part of our recipe of making games. We can, with very small teams, two to three people, try the games on that audience of currently 12 million active users. So we can cheaply take some risks and try to innovate and see if the game works really well there. And if it does, like in the case of Candy Crush, we’ll take it onward and create a Facebook and mobile platform version of it.” 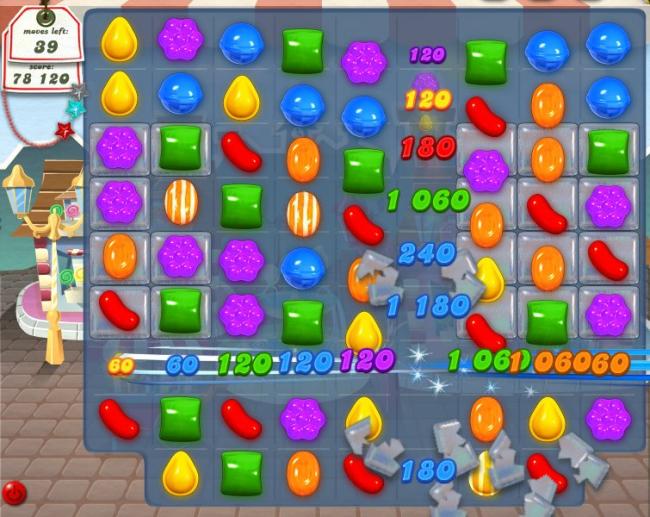 Candy Crush is a perfect example of what Palm was talking about, because while it seemed like an overnight success last fall, it came the whole way through the King pipeline. The game made its King.com debut in mid-2011, hit Facebook in April 2012 and only came to smartphones and tablets about seven months after that.

It’s not just a simple port process either, as King takes the time to build a version of each game specifically for the next platform on its journey. The idea is to make any iteration of any title feel native to the device it’s played on. It sounds simple, almost like common sense, but it took the company nearly ten years of experience to get everything figured out.

The process pays off in other ways too. Palm said King is proud of its reputation for having polished, nearly bug-free games due to the time spent on them before they ever reach the mobile stage. A few titles have become truly cross-platform as well, something the company is banking on as a key feature going forward.

And while it’s harder to pinpoint exactly how, King has even succeeded in giving games like Candy Crush Saga and Pet Rescue Saga a great deal of virality. Gamers that usually shun Facebook and mobile games play them, and more importantly, they talk about them.

“These games have a lot of longevity to them,” Palm said. “One of the reasons is the social component. If you look at Instagram or Pinterest under the Candy Crush tag, [there are] a lot of funny things that fans are showing. They’re painting their toenails, writing out tutorials on how to make Candy Crush cakes. It’s really cool to see that.”

King’s games also monetize well, thanks mainly to the fact that a number of players don’t mind paying for extra lives on Candy Crush Saga when they can’t wait for them to replenish over time. It’s a feature that only made sense to roll over to Pet Rescue Saga, which just recently made its own mobile debut.

“You can see that Candy Crush is top grossing on both iOS and Android,” Palm said. “That’s been a very good balance, and we still have very good ratings for the games.”

In short, the masses are showing the same kind of devotion to King’s games that they used to show to almost anything released by Zynga. That has forced the old social champ to look in several different directions for a way forward, one of which is the so-called “midcore” market. The term itself has been the subject of some debate (as in whether or not it even exists, like it was a theoretical sub-atomic particle or something), but it refers to gamers who outgrew games like FarmVille or Candy Crush Saga or those who never found social games meaty enough to sink their teeth into in the first place. 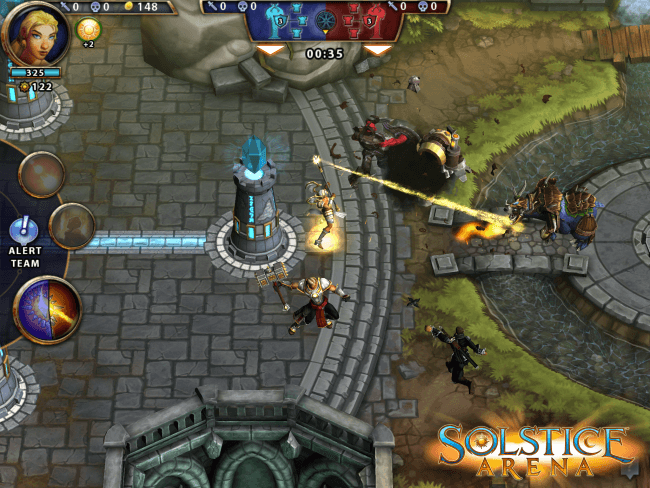 Zynga had one of the first fruits of this new labor on display behind closed doors at E3, and it was surprisingly impressive. Solstice Arena is a “Speed MOBA,” a multiplayer arena battle game optimized for mobile play and friendly to genre newcomers, yet deep enough to convince “serious” gamers to give it a look. Put simply, it’s not at all what you’d expect from a traditional Zynga game.

That might be because it wasn’t created by longtime Zynga employees. The Solstice team used to fly alone as a studio called A Bit Lucky until it was acquired by Zynga in the fall of 2012. Co-founders Frederic Descamps and Jordan Maynard have all the serious gaming credibility anyone would want, having worked on Rift at Trion Worlds in its formative stages along with numerous other titles and projects.

Both men were eager to show off Solstice Arena just before it launched on iOS, and Descamps wasn’t shy about declaring exactly how the game would stand out from other mobile MOBAs.

“When we talk about quality, everybody says, ‘Oh, we make high quality games,'” Descamps said. “I beg to differ, and I’ll show you exactly what I mean by that: a level of polish and production quality that is rarely found in most free mobile and tablet games.”

That polish shows in the graphics and the control scheme, designed specifically for iOS devices. What’s even more striking, though, is the thought that has been put into walking the fine line between accessibility and depth.

“It’s free to play, and it’s also fair to play and that’s very, very important,” Descamps said. “We wanted the game to be purely skills-based, so it’s an even playing field and all based on how good you are in the game. It is a Speed MOBA, with battles that probably average around eight to nine minutes, which is perfect for tablets and mobile. It’s perfect for when you’re on the couch, when you’re on the bus. I it’s also perfect when you have a wife and kids and you have only 15 to 20 minutes, a maximum 30 minutes of your own time. “

Because MOBAs can be intimidating for new players, Maynard touted all of the time and effort put into the tutorials and matchmaking algorithms. Since chat doesn’t translate well to tablets, they replaced it with something more appropriate: a context sensitive system that can alert teammates to your intentions with a single tap.

“Not having chat was actually a conscious design decision from sort of two angles,” Maynard said. “One from sort of, hey if it’s a six-to 10-minute game, you don’t want to spend half your time typing. And also from accessibility. One thing about multiplayer, especially PvP games, is they can be intimidating for new users, especially if you’re getting yelled at all the time and called names.”

To combat that, the team put in a “GG” button (for good game) for the post-match stats screen. Just watching who presses the button and who doesn’t can give a pretty good idea of who’s friendly within the game’s community. Since that community is supposed to include some veteran MOBA players as well as newbies, Solstice Arena doesn’t skimp on the strategy, whether it’s the rotation of new heroes to use or the in-game item purchases to make those heroes more effective.

MOBAs are a niche genre, but as seen from the wild popularity of League of Legends, it’s a large and growing niche. Even if Solstice Arena catches on in a big way, it’s never going to have the same kind of broad appeal of FarmVille. But Zynga does have John Tobias and Mark Turmell (of Mortal Kombat and NBA Jam fame, respectively) working on other midcore games, and if the company can get several of them to become hits, the outline of a plan starts to take shape.

So as King rules its old turf, Zynga pivots and looks to make a new impact as a leaner organization focused on games it likely wouldn’t have dreamed of making just two or three years ago. If nothing else, it keeps the two companies from clashing head on with very similar products a la Coke and Pepsi. And maybe, just maybe, there are enough players willing to spend enough money for both of them to thrive.

All Aboard for Savings: Get Trainz Simulator for $14.99