Home / News / Camelot: The Game shutting down next month 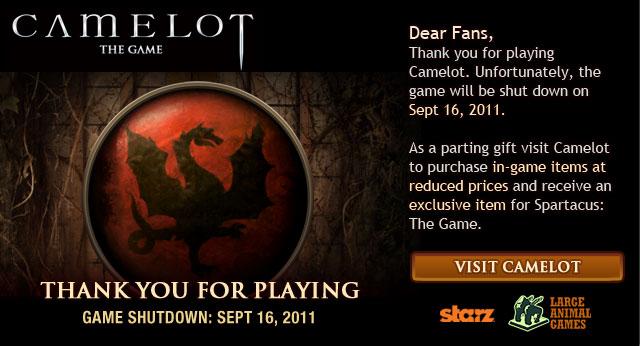 Following in the footsteps of the show it was based on, which wasn’t renewed for a second season, the Facebook title Camelot: The Game has announced that it will also be closing down.

The news comes via an email, which doesn’t give a reason for the shutdown. According to Facebook app tracking service AppData, the game is currently sitting at around 260,000 monthly active users, but only 5,000 daily active users. The game will officially shut down on September 16.

Those who are still playing will be able to purchase in-game items for a reduced price up until the game closes, and will also receive an in-game item for another game based on a television series, Spartacus: Gods of the Arena.

Cloudforest Expedition trailer coming, but you have to “Like” it first