Home / News / Butterscotch Shenanigans and the Art of Speedcrafting

Butterscotch Shenanigans and the Art of Speedcrafting 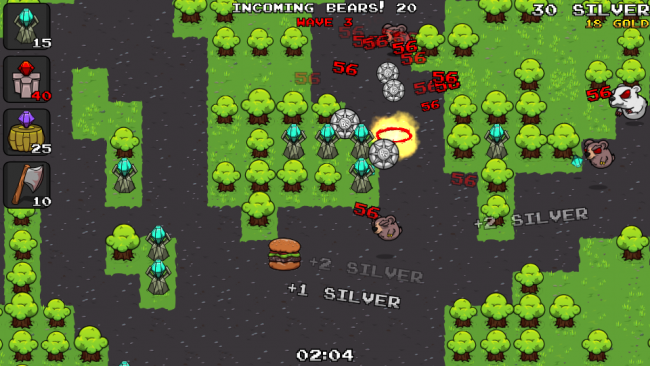 Butterscotch Shenanigans first appeared on my radar thanks to Gerblins, a cute little puzzle game that was both simple to play and shot through with personality. I liked it quite a bit, but as fun as it was, it didn’t inspire me to think of the Butterscotch boys as a potential force in the field of mobile game development. That didn’t happen until the March 2013 release of Towelfight 2: The Monocle of Destiny, a game I literally did not stop playing until May of that year, when Quadropus Rampage turned up and sent me on a quest to destroy Pete, the Mad God of the Sea. I’m still playing that one.

I don’t want to say that Sam and Seth Coster are a strange pair, but the games they create do make me wonder what’s in the water they drink and where I can get some. And now they’re in the midst of an even more unusual project: “Speedcrafting,” a sort of weekly game jam in which they give themselves ten hours to develop a small but complete game – a “Butterscotch Mini” – from start to finish.

“Our current plan for production is eight Minis, one every Monday, though that’s only to give us something to shoot toward should things get difficult. It’s much easier to motivate yourself to do another one if there’s an end in sight,” Sam Coster recently explained. “However, they’ve been so useful (and fun to make) that we expect we’ll be doing these until our blood runs cold.”

The Speedcrafting campaign has produced three games at the time of writing – Roid Rage, Freeway Mutant and and Extreme Burger Defense – and they’re actually pretty good. Roid Rage isn’t really my cup of tea – my high score is somewhere in the neighborhood of 3 – but Freeway Mutant, an endless runner about a post-apocalyptic monster with glutes that would make Jean-Claude Van Damme green with envy, has me hooked, and the tower defense game Extreme Burger Defense is equal parts adorably cute and utterly insane.

From a financial perspective, they’re pretty solid stuff too. Because the games only take ten hours to make, Coster said they have an “absurdly low” threshold of profitability. “Where King.com is spending $377 million a year in marketing, our Minis become profitable once they make over $100 each,” he said. “Taking the long view, that means any Mini only needs to make about $1.00 a day for it to hit a 365 percent ROI in its first year.” Roid Rage has “handily” hit that mark, while Freeway Mutant is still plugging away at it; Extreme Burger Defense hasn’t earned anything yet because they want to fix some balance issues before implementing a monetization option. 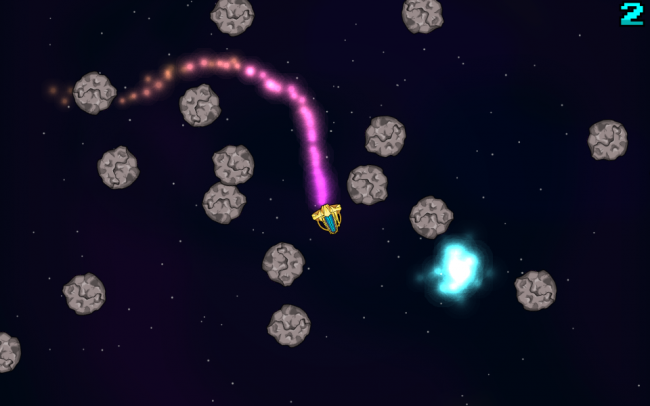 Just as important, the Minis also have a big influence on the Butterscotch Shenanigans ecosystem as a whole. “A good analogy would be to think of a solar system. Our big games are at the center (the sun) and have the biggest pull (and probably the biggest potential revenue), but the Minis (the planets) make the solar system interesting and give our players other things to explore while they’re in the neighborhood,” he explained. “Maybe one individual game doesn’t pull in a bucket of cash, but that’s okay, because it might get people interested in other Butterscotch stuff.”

Furthermore, “While we have profitability in mind, this is more an exercise for strengthening our design muscles and growing our fan base than making money,” he added. “The insights and fans we gain every week are an investment into those bigger games.”

As it turns out, rapid-fire game development is something the Costers have a talent for. When they formed Butterscotch Shenanigans in 2012, they did so intending to escape the slow pace of conventional game development. But it didn’t quite work out as planned, as Towelfight 2 and Quadropus Rampage each took 48 work days to complete. “While we’re proud of both projects and learned a lot in each one, we weren’t taking advantage of our strength as a team – speed,” Coster said. “We can make games really, really fast, and after a recent trip out to GDC we realized that in order to better set ourselves apart from other studios, we needed to leverage that strength.” 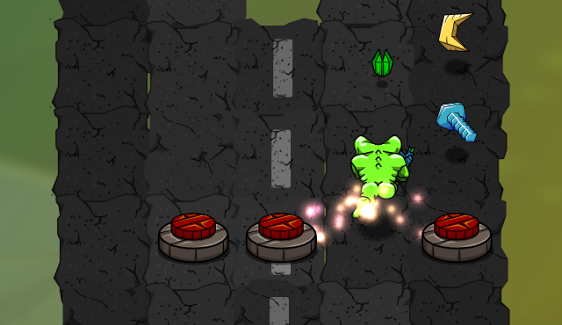 As well as allowing them to hone those skills, the Speedcrafting sessions are also a way for the studio to interact with gamers, as each one is streamed in its entirety on Twitch. That lets newcomers and fans alike see the brothers in action, and see that they are actually making the full game on that day. There are pre-made elements, like fonts, mute buttons and what Coster describes as the “‘wrapping paper’ for the game that brings it into the realm of being a commercially viable product,” but most of it has to be modified to fit the day’s project, and all of that, plus the actual gameplay part of the equation, are done start to finish in the ten-hour window.

That doesn’t leave much time for horsing around with things like conventional design documents, but that seems to suit them just fine. “We just start with a kernel of a mechanic that seems interesting, something like, ‘WHEN YOU TOUCH THE GROUND IT TURNS INTO LAVA!’ and then spiral out from it, iterating our way to funtown,” Coster said. “This means we redo a lot of our work, but it seems to end with a tighter project that isn’t hampered by an overly restrictive vision of what it should be.”

In spite of that unusual approach and the tight deadlines they impose upon themselves, the results are generally better than you might think. The games aren’t necessarily the most original on the planet, but they boast a level of humor and character that helps them stand out from the crowd. Coster said Extreme Burger Defense is “a bit whack” and served mainly to convince them that a ten-hour game jam might not have been the best way to create their first strategy game, but on the other hand it’s about protecting the tastiest burger in the world from a forest full of ravenous bears, and that alone makes it something that most gamers would probably like to take for a spin.

The Minis have so far been Android exclusive because of the “slow and cumbersome process” of dealing with Apple, but those that turn out well will eventually make the jump to iOS. Both Roid Rage and Freeway Mutant are already in the process of being prepared for App Store submission and given the response to Extreme Burger Defense – the number of user reviews on Google Play is fairly small but despite Sam’s reservations it holds a very respectable 4.6/5 rating – it seems likely that it will make the transition too. And while they may seem like diversions from the “real work,” their next big project Crashlands, Coster insists that the Minis are not side projects in any way.

“We’d like them to be a big part of what we do and what defines us as a studio. And we’re still working on the huge game the other four days of the week,” he said. “Even more importantly, making bigger games can be a tedious grind – it’s been really good for us to mess around every week just to maintain some semblance of sanity.”

“Sanity” may not be what you’d expect from a studio that gave the world a game about settling a dispute between gods by shooting animals out of your face, but it’s a system that seems to be working for them. And although Butterscotch Shenanigans has yet to score a hit on the scale of, say, Candy Crush Saga or Flappy Bird, it does seem to be attracting something possibly even more important: loyalty to the studio rather than just to a single game. In the long run, that’s tough to beat. 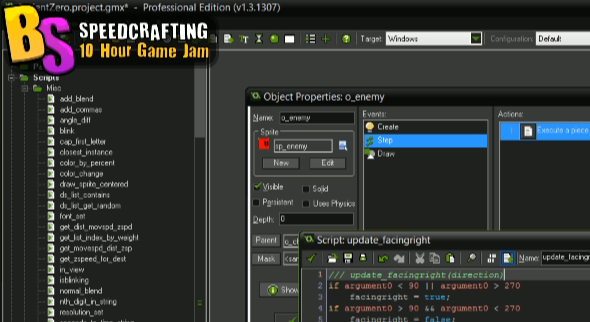 Watch the Coster boys speedcraft live on Twitch every Monday

Butterscotch Shenanigans’ “Speedcrafting” sessions happen every Monday, at least until they get sick of it, and can be followed from start to finish on the studio’s Twitch channel. The games will be published the following Friday, giving the brothers time to address bugs and balance issues, and also to work up some pre-release promotion. Their latest creation, Flop Rocket, is about a space program that’s so woefully underfunded it had to build its launch pad deep inside a cave; you, as the test pilot, have to fly it out. The catch: The cave is infinite! You can see it in action on YouTube.

Civilization: Beyond Earth – because strategy games belong in space