Home / News / Building a better rope (and then cutting it): An Interview with ZeptoLab’s Semyon Voinov

Building a better rope (and then cutting it): An Interview with ZeptoLab’s Semyon Voinov 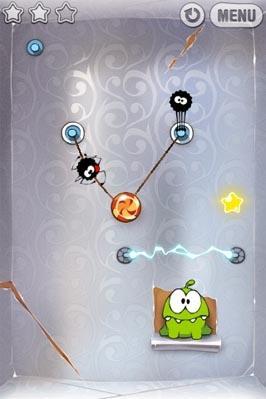 Sometimes it’s astounding how quickly something can become a hit. Even in its first month, most critics would agree that Cut the Rope is already destined to be considered an iPhone classic. We recently had the chance to talk with Semyon Voinov, Chief Creative Officer at ZeptoLab, and ask him about the game’s unbridled success, working with Chillingo, and what we can expect from his team in the future.

How does it feel to have developed the first game to unseat Angry Birds from the #1 spot for more than just a day or two?

It feels great! We are still pretty amazed by Cut the Rope‘s success. When we put the finishing touches on this game, we were definitely proud of what we created. But I don’t know if anyone expected it to go Number One as quickly as it did.

If you could pinpoint a reason for the success of your game, what would it be?

It is pretty difficult to choose just one reason. I would say that we really put 100% into thinking about every single aspect of the game. We would ask, do we want to create a physics engine from scratch? What will be the main controls? Should there be characters? What will Om Nom act like? We really tried our best to address every part of this game and I think that has helped it become so successful.

You’ve said previously that Cut the Rope was inspired by a rope mechanic that was originally intended for Parachute Ninja. Are there any mechanics that didn’t make the final cut in Cut the Rope that you’d like to play around with in the future? 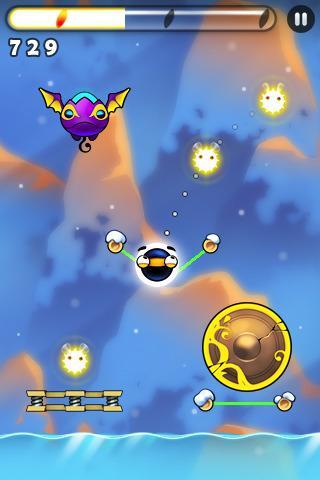 Yes, there are some ideas that were born during the development of “Cut the Rope“, but weren’t implemented because of different reasons, so we are planning to either introduce them with the game’s updates or use them in our future games. I’ll keep those ideas secret for now, but I’m sure you’ll see them in action quite soon.

Unlike many games that have been adding Gamecenter after their initial release, Cut the Rope featured Gamecenter functionality from day one. How important do you feel services like this are to the success of iPhone games? Compared to the competition, how do you feel Gamecenter stacks up?

Gamecenter, and Chillingo’s social gaming network, Crystal, both add a layer to anyone’s iPhone or iPad gaming experience. As a developer, our priority is to put out a high quality game. However, social gaming platforms can enhance a players experience as they feel like they’re a part of a larger group who’s enjoying the game. Many folks love the feeling of accomplishment when they beat the game and several people get even more satisfaction when they earn special achievements and bragging rights on leaderboards for their high scores!

When can we expect to see the first content update? Will it feature new objects and obstacles, or simply new puzzles using the pieces we already know?

We’re currently working on the first update for Om Nom fans, which will be released soon. We’re very excited to reveal new puzzles and other fun and challenging surprises. We won’t say too much more so you can enjoy the update when it arrives at the door!

Cut the Rope is published by Chillingo. Your previous game, Parachute Ninja, was published by Freeverse. What about Chillingo enticed you to publish through their brand? Were there significant differences in your experiences with each company?

We felt that Chillingo’s player base is a good fit for Cut the Rope‘s target audience. Chillingo has provided plenty of beneficial feedback and additional support that improved our game prior to launch. They’ve also been instrumental in promoting it as well. Now with EA’s support, we anticipate that Cut the Rope will reach even broader audiences. It’s been a great experience.

I would love to see even more of original and innovative games and less of low-quality ones. I also have mixed feelings about zombie invasion in the App Store.

Om Nom loves candy. I love candy. I’m going to assume you love candy. If you could recommend me one kind of candy, what would it be? 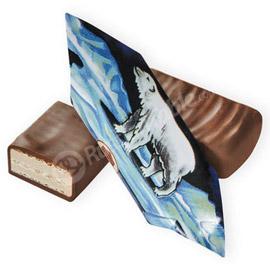 In my childhood I was addicted to the traditional Russian chocolate candy “Mishka na Severe” (“North Bear”). I’m sure Om Nom would also love it!

Galaxy on Fire 2, Age of Zombies and more! New iPhone Games This Week