Home / News / Building a better jigsaw game, one piece at a time; a conversation with Puzzle Chasers producer Frankie Kang

Building a better jigsaw game, one piece at a time; a conversation with Puzzle Chasers producer Frankie Kang 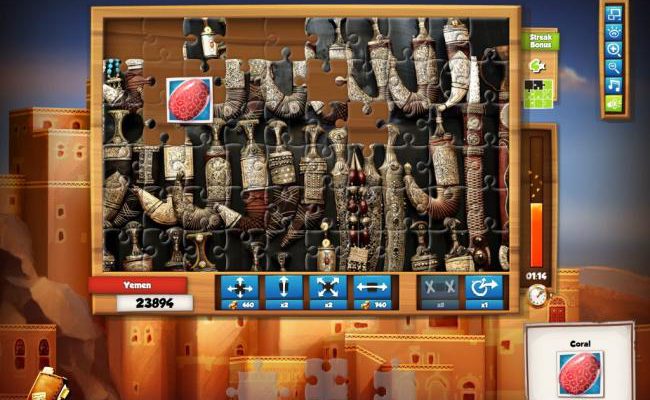 Most puzzle games on Facebook challenge you to solve a problem as quickly as humanly possible. Puzzle Chasers by Konami is no exception: if you want to score big, you need to restore wayward puzzle pieces to their original portrait as fast as you can.

While this should theoretically result in a game that causes you to toss random puzzle pieces at a half-assembled picture while screaming through the minute-long countdown, Puzzle Chasers offers just the right amount of intensity for casual players. How did Konami strike this delicate balance, and what’s next for the Puzzle Chasers? Frankie Kang, the game’s producer, kindly took a few minutes to talk to Gamezebo.

GZ: Facebook has no shortage of puzzle games. There are match-3 puzzle games, hidden object games, word games, and lots more. But Puzzle Chasers is probably the first instance of a social jigsaw puzzle game. What made Konami decide to build the game around jigsaw puzzles?

Frankie Kang: All of the genres you mentioned borrow from the same “secret sauce”. The rules and gameplay are self-explanatory: Matching three colors, pointing your cursor at a hidden banana, or creating an impressive string of words; all of these actions do not require much instruction. It’s almost innate. We knew this element is present in many types of games and activities that had yet to be explored on Facebook. After weeks of brainstorming, playing dozens of social games, and traversing through toy store aisles, we came to the realization that the jigsaw genre was still largely untapped on Facebook. That was the genesis of Puzzle Chasers. 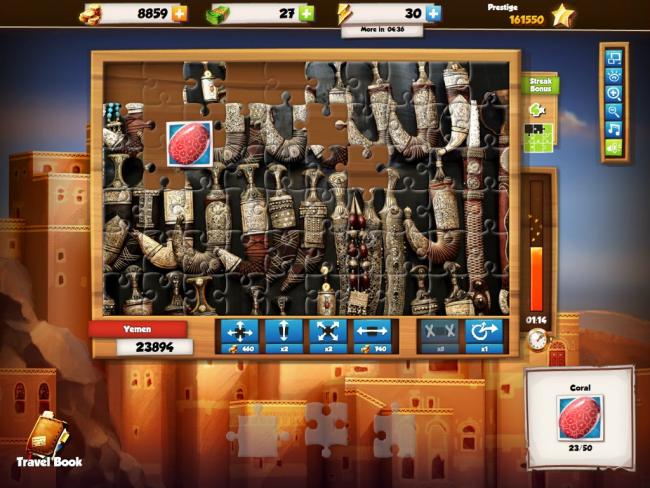 GZ: Jigsaw puzzles are meant to be solved leisurely, but in Puzzle Chasers you’re rewarded according to how fast you can complete them. Was it difficult to find a way to implement the jigsaw mechanics into Puzzle Chasers? Did Konami originally consider a “slower” puzzle game?

FK: There were a few jigsaw puzzle games on Facebook before we came up with the Puzzle Chasers concept, but all of them played extremely slow and methodical – that’s the nature of jigsaw puzzles. On the other hand, Facebook gamers enjoy an experience that allows them to feel like they accomplished a lot in just a few minutes, so that’s what we wanted to offer. The question was how do we recreate a feeling of growth and accomplishment in a gaming mechanic that takes weeks or even months to complete?

Offering puzzles with a portion of it already completed was the huge breakthrough. Everything else fell into place. We brought power-ups, a multiple choice system, and a more manageable jigsaw count to the table. This became the heart and soul of the Puzzle Chasers experience.

GZ: Puzzle Chasers has quite a story behind it. Why the emphasis on narrative?

FK: Why not? Facebook is just another platform to expand on ideas and creativity. There are no set rules that defines how bring something to market.

When I brought Hibernum Creations, the dev house in charge of bringing Puzzle Chasers to life into the fold, they brought along some very talented artists and creative minds. Most of our competitors stayed away from a traditional story mode, but I relished the chance to offer a different experience. I gave them the general storyline, plot, and characters, but they were the ones that brought it to life and gave it personality. I was blown away at the level of detail and history they created for Blake and Roxy, the main characters of the game. These characters needed a voice and we were determined to give it to them, regardless of the platform. 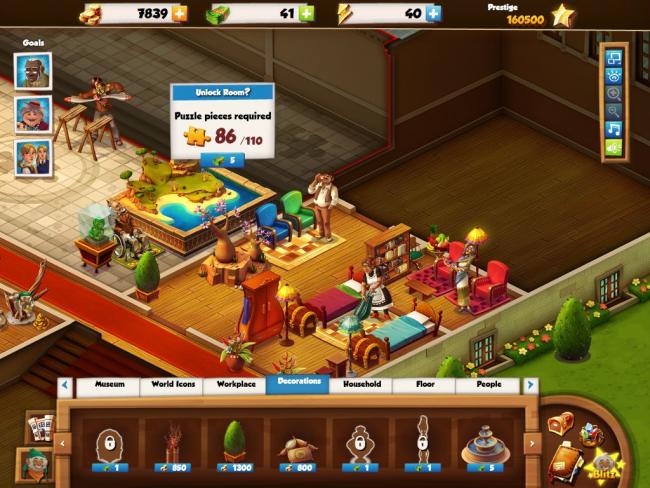 GZ: What inspired Konami to include a mansion-building segment alongside the “regular” gameplay in Puzzle Chasers?

FK: The jigsaw component of our game is awesome, but we always wanted to give our users variety. That’s why we added a Blitz Mode, a Collection System, Quests, and a Mansion. One day you might feel like going through the adventures of Blake and Roxy. Another day you might one to beat your friend’s highest score in Blitz. Maybe you’ve amassed enough coins to beautify your mansion. That freedom of play is all about you, your friends, and how you feel. It’s just a natural extension of the gameplay we wanted to offer. Beyond all of that, have you seen the mansion? It’s freaking gorgeous!

GZ: Will we see more games from the Puzzle Chasers franchise? On mobile platforms and/or outside of Facebook, perhaps?

I literally have dozens of concepts, stories, and ideas that are ready to be explored in the Puzzle Chasers universe. If Facebook users embrace what we’ve brought to the table, we will do our best to make an even more epic experience for our fans! More puzzles, game modes, power-ups. I’m also very platform agnostic. Given the right concept and idea, Puzzle Chasers should be a good fit on everything from an iPad to your 50 inch flatscreen TV.

Inside OfficeAttacks! A little mad scientist in all of us

Kids make the darndest things: TechU’s AppJam and the magic of creating something from nothing