Home / News / Build and defend your space station in SBX: Invasion Base Defense

Build and defend your space station in SBX: Invasion Base Defense 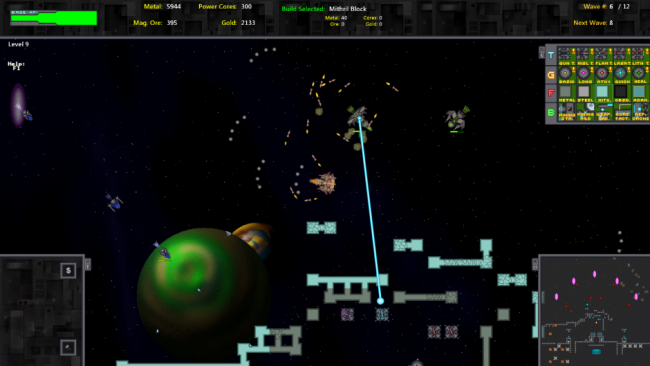 Developed by Wakeskater Studio and available now on Desura, SBX: Invsaion Base Defense is a neat little tower defense title that puts players in control of a space station under siege. As is expected in tower defense games, enemies spawn in through warp gates and head straight to the space station, dead-set on its destruction. To protect themselves, players are equipped with a fancy ship that can construct defenses on the fly. From walls to turrets to power sources, players will be busy scrambling around their space station ensuring that the defenses will hold.

Things get complicated when the player must defend both the space station and the outlying asteroid mining colonies, which are the lone source of resources needed for essential upgrades. Players must strategically place power supplies and attempt to use their own ship’s laser cannons to ward off enemies attempting to zero-in on the mining colonies.

Wakeskater Studio has just rolled out a new update for SBX: Invasion Base Defense which implemented a revised movement scheme, all new voice-overs, updated graphics, and overhauled level designs.

SBX: Invasion Base Defense is available now on Desura for $3.24. A Steam Greenlight campaign is also in place to try and get the game available through Steam.