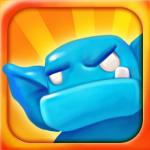 Dubbed The Fifth Wave, the new update adds an underground-themed chapter called Evaca, where you can finally battle oblins in the darkness of what looks to be a diamond mine. There’s also a new character to play as, called Choppin, who looks as if he was ripped straight out of a Final Fantasy or Kingdom Hearts game. This spiky-headed hero is equipped with a rather large sword, making him perfect for short-range combat.

There’s also a handful of new items to purchase and, for the first time, Facebook players will be able to experience the game in Traditional Chinese. And for those die-hard fans, the developers have made the game’s soundtrack available to purchase from iTunes for $9.99. And for a limited time you can also grab a trio of tracks for free from the developer’s site.

Hotel City, My Empire, four other Playfish games closing down

Idle Games: “Zynga is a black and white television”