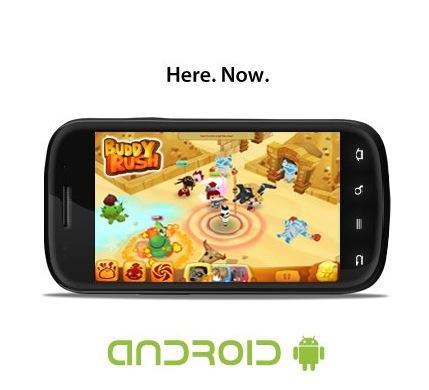 The action-RPG Buddy Rush is already cross-platform, with versions available on both iOS and Facebook. And now the game is expanding to yet another platform with an Android version now available.

As with the other versions of the game, Buddy Rush on Android is free-to-play and your progress is shared between all platforms. The game is compatible with any Android device version 2.2 or higher.

“We’ve been truly honored by the reception Buddy Rush has received thus far, reaching hundreds of thousands of users on Facebook and the Apple App Store,” said Jin Cheon Kim, president of Company100, the game’s publisher. “With the launch on Android, we’re proud to offer Buddy Rush to the vast majority of smartphone owners and establish ourselves as the first to offer an RPG with true cross-platform capabilities across these popular gaming channels.”

Just last week Buddy Rush received a large new content update, that added a new playable character as well as an all-new chapter to play through.

The game can be downloaded from the Android market here.