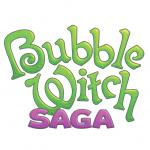 2012 has been a pretty big year for King.com. Not only have they been banging out hit after hit (Candy Crush Saga, Pyramid Solitaire Saga, etc..), but they cumulative catalogue has seen them rise to the top of the App Store charts. They’re now in the #2 spot in terms of Facebook game makers according to AppData.com, with a whopping 52 million gamers playing every month. Now it looks like they want to climb to the top of the App Store, too.

This morning King.com announced that their most popular Facebook title, Bubble Witch Saga, will be getting the mobile treatment this July. What’s more, the game will sync with your existing Facebook game, so the progress between the two will never differ.

It’s nice to see more developers moving in this direction. For the most part, games that sync with their Facebook counterparts to carry over progress have been few and far between. Diamond Dash and FarmVille are really the only two notable examples that even come to mind. But between yesterday’s announcement of Ruby Blast going multiplatform and today’s King.com announcement, it looks like we might finally be on the cusp of that great “at your desk and in your pocket” future we’ve all been waiting for.