Brunhilda and the Dark Crystal beta tester gets a special surprise 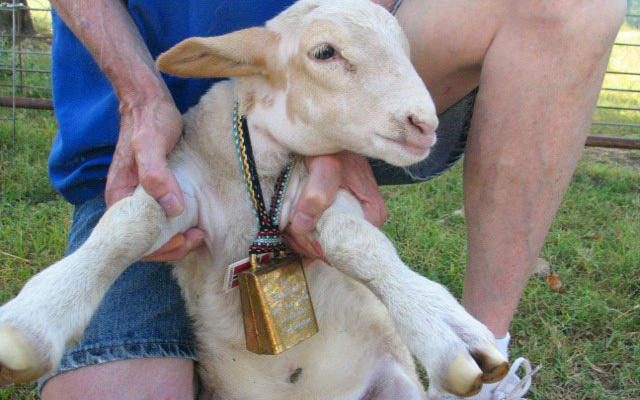 On May 25, the first day of closed beta for Brunhilda and the Dark Crystal, beta tester Toni Ward’s sheep gave birth to a baby ewe. Naturally, Toni named the lamb “Brunhilda” and posted a picture on the developer’s forum. Beta testers sometimes receive a free copy of game for their efforts, but the developers of Brunhilda (Polish developers Codeminion and TwinBottles) had something more special in mind for Toni and the little lamb.

“They said they were sending a little something to Brunhilda, but believe me when I opened the package I could not believe the ‘little’ something,” said Toni, a “68 years young” retiree who runs a farm just outside Branch, Arkansas (population: 325) with her husband Dennis. The package from the developers contained a little bell engraved with the words: for BRUNHILDA with love from TwinBottles, Codeminion. 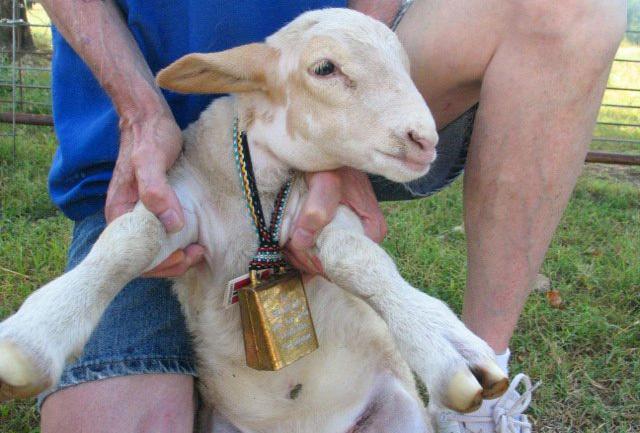 Now there’ll be no mistaking Brunhilda as she jingles wherever she goes on the farm that’s currently home to 10 sheep, seven pigs, a duck, seven guineas, four dogs, six cats, and 20-odd chickens — not to mention a garden that spans almost an acre.

And that’s not all. If you look closely in one of the later chapters of Brunhilda and the Dark Crystal, you’ll see a cameo from Brunhilda the lamb. Codeminion and TwinBottles were so thrilled with Toni’s baby ewe that they repainted one of the anonymous lambs in the scene to look just like the real-life Brunhilda. 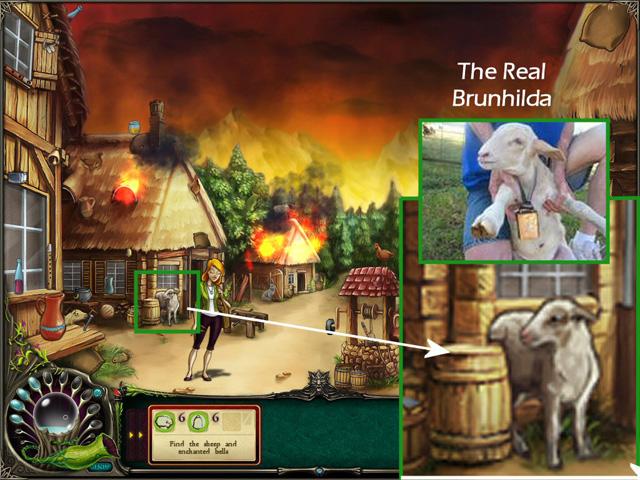 (Look for Brunhilda the lamb in Chapter 4. She’s standing just to the game character Brunhilda’s left. Many thanks to Lynne Basinet for taking the screenshot.)

“It’s always nice when you can go out and share your passion with the gamers,” commented Codeminion Co-Founder Maciej Biedrzycki. “These games are not done in some sterile office space laboratories; everyone involved is a living breathing person and really likes to share their work with people who find it enjoyable. All our work comes down to ensuring that people like Toni and the rest of our fine gamers stay entertained and get their money’s worth.”

Toni has been a beta tester for about seven years, and during that time she’s contributed her time and opinions to hundreds of games. But she’ll always have a special connection with Brunhilda and the Dark Crystal. “I never ever in a thousand years excepted the reaction and generosity that I received from these two companies.”