Browser Pick: Into the Box 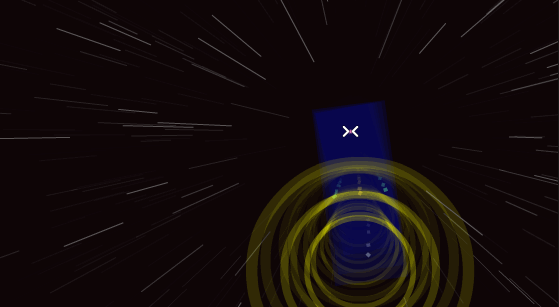 Into The Box is a mouse-only arcade game where players guide themselves through rapidly appearing rectangles.  Passing through the rectangles is the only way to progress into the next area of rectangles, which more rectangles then quickly appear within. As one can imagine, the game is not exactly friendly for players who suffer from motion sickness or have a paralyzing fear of endlessly falling through brightly-colored shapes.

The more rectangles the player passes through, the higher their score will be. Unlockables are attained once the player breaks through an established high-score tier. The unlockables include score multipliers, different soundtracks, and an “auto-pilot” mode which, at a 1500 score requirement, I may never find out what exactly that does (my best high-score is 196).

Developed by Tarik Kaya, of the Kayabros, Into the Box recently released for free on Google Play. Into the Box is also available to play in-browser on Kongregate, Itch.io, and Newgrounds. As the game continues to grow in popularity, many have questioned Kaya’s reasoning for releasing the game for free, without any ads to support him either.

To answer the question, Kaya’s younger brother, Taha Kaya, took to Gamasutra to explain why his older brother chose not to monetize Into the Box.

“It was a project purely born out of personal interests, and he loved developing it. Adding each feature, experimenting with the infinite depth concept, tweaking the controls and patterns and colors for months and months… He loved doing it. He loved playing with it. And he just wanted people to play it, to see and feel the special experience that this game is providing. And he succeeded.”

Donations, however, are being accepted on the game’s itch.io page.

Reporting in, Of Guards And Thieves open beta infiltrated