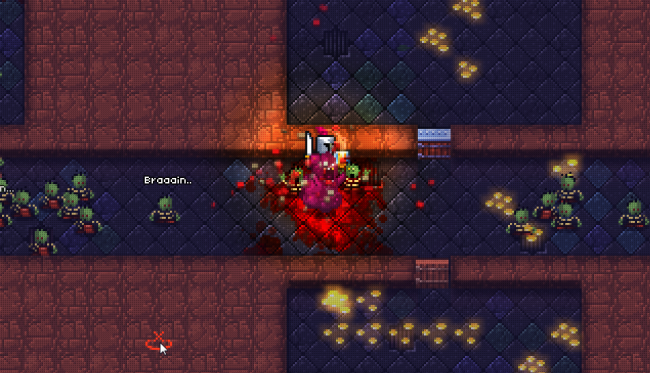 During the frosty winter days of December 2012, French game developer Sébastien Bénard spent one full weekend focused on developing Atomic Creep Spawner in forty-eight hours for the Ludum Dare 25 game jam. Bénard submitted his game for the competition event and ended up winning first place in Best Game Overall, Most Fun, and Best Graphics. Atomic Creep Spawner was a runaway hit, and lucky for gamers, is free to play on Bénard’s personal website.

Games developed during Ludum Dare 25 had to follow the theme “You Are The Villain,” and in keeping with that, Atomic Creep Spawner tasks players with spawning dungeon minions in an attempt to keep the hero from collecting treasure and destroying evil artifacts. The game has only two levels, but I had enough fun my first time through that I immediately restarted the game over again.

The goal is to reduce the hero’s health to zero, while managing your own evil power. Spawning minions absorbs evil power; the stronger the minion, the more power is necessary to summon it. Evil power recharges slowly, but when the hero collects treasure or destroys an artifact, evil power is instantly restored.