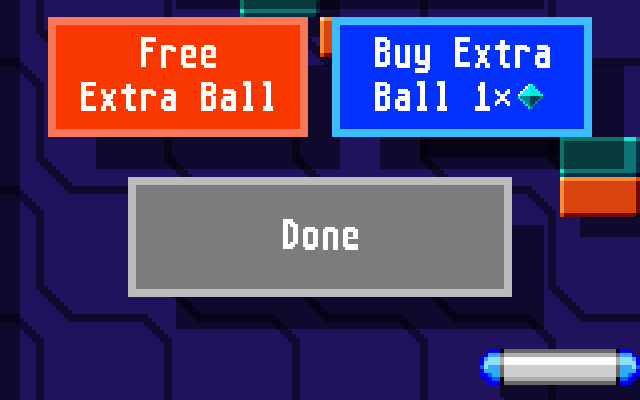 When developing a free-to-play game, there’s one question every developer faces: how is it going to make money? In-app purchases are one way to go. Ad revenue is another. In many cases, you’ll see a mix of both. Phil Hassey’s BREAKFINITY is no exception – but it’s the way he balances the two that makes it so compelling.

BREAKFINITY is what would happen if Breakout or Arkanoid were an endless runner. Players will clear just enough blocks to see their ball move up to the next stage in a never-ending quest for points. You’ll only get one ball, but – and here’s where things get interesting – you can buy more with premium currency OR get a free ball by watching a video advertisement. You can get two free balls every game in this manner, but since it caps out at two there’s still a sense of competition. Your high score is going to be based on those combined three balls alone, not upsetting the leaderboards (unless you want to buy more with premium currency, of course). 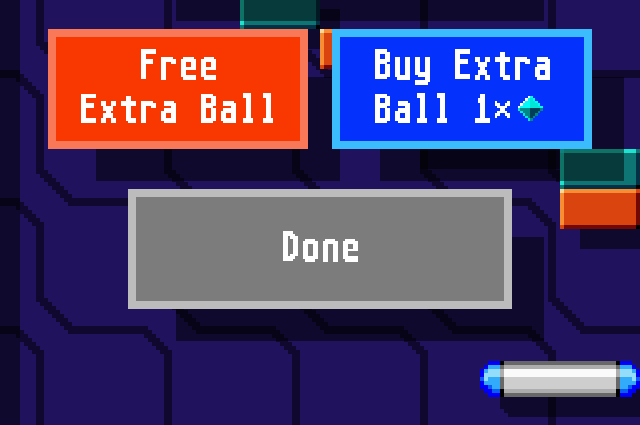 Plenty of other games provide incentives for watching video advertisements, but the reward usually comes in the form of premium currency, and it’s often balanced in a way that prevents you from exploiting the system and raising an infinite amount of in-game cash by watching an afternoon of commercials. BREAKFINITY goes in the opposite direction – watching a quick 15 second video is BREAKFINITY‘s answer to “insert coin to continue.” The more you play, the more ad dollars Phil Hassey gets. It’s a win/win.

But is it working? 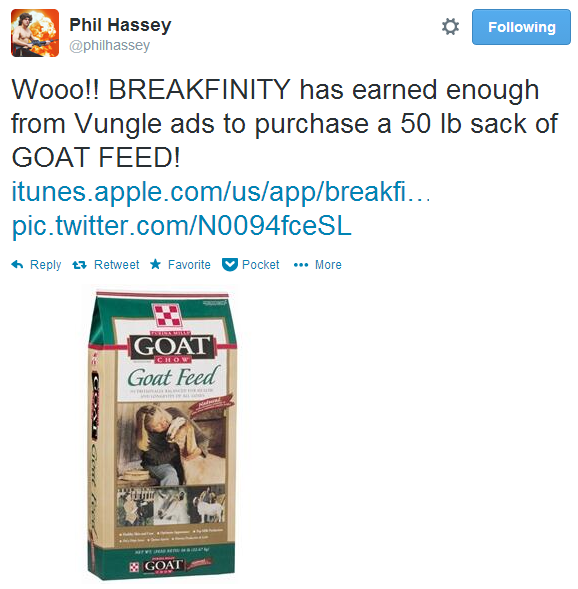 According to a tweet from Phil Hassey on the morning of the game’s launch, BREAKFINITY has “earned enough from Vungle ads to purchase a 50 lb sack of GOAT FEED!,” which, after actual research (that’s right, we’re trained in “googling” here at the Gamezebo Institute) looks to be around $20.

Ok, it’s not much. Before you call this a dismal failure though, let’s bring a few other facts into play;

Regardless of the results, there’s no denying the stroke of brilliance here. Balancing “fun” and “monetization” is a damned nightmare; especially in free-to-play games. Phil Hassey has hit on winning formula that addresses both perfectly.

Now if you’ll excuse me, I have a 15 second ad for Boom Beach to watch so I can try to beat my high score.

This Week in China: Fruity Robo 3