Brawesome celebrates their titles by raising prices… wait, what?

I’ll be honest. There isn’t a whole lot at this year’s E3 that has blown me away. Or even impressed me for that matter. So when Andrew Goulding – founder of Australian developer Brawesome, and all around good guy – e-mailed me promising some interesting news from the indie front, I immediately reported for listening duty. Like many App Store developers, Brawesome will be tweaking the prices of their two major releases. Unlike many, however? They’re bumping them up.

You read me right. There’s no need to adjust your monitors. This is not a test of the emergency broadcast systems. With immediate effect, Brawesome is raising the price of critical hits Jolly Rover and MacGuffin’s Curse from $4.99 a-piece to $6.99. Not a world shattering change, perhaps, but one virtually unheard of in an environment where success is growingly dominated by free-to-play and one-dollar games. Where, as Goulding puts it, “indie games [are constantly] being put in bundles or going on sale for ridiculously low prices.” So what’s his method behind this seeming madness?

On one hand, Goulding sees it as a sort of defiance. A declaration that enough is enough in the pricing ‘race to the base.’

“We thought we’d turn it around and raise our prices a little to reflect the value we see in the [games]. In making this decision we looked at a number of different games and their prices and… came to the conclusion that the games were priced too low at $4.99, and that $6.99 was a fairer price point when considering the quality, and length of experience.” In addition, Goulding laid it bare and dished on the business thinking behind his creative pride. As he tells it, the lift gives Brawesome a way of staying flexible without taking food off the table.

“Which looks better, paying full price for a game at $4.99, or getting 50% off a game at $9.99? Everyone loves a bargain, right? Being transparent about it, we find that the games always sell better when on sale,” writes Goulding candidly. “Why not raise the price so that when it does go on sale we’re still getting a fair price, and the people buying the game feel like they’re getting a bargain, while still getting a lot of game for their money.”

“We want to make more games, and if we’re producing something that people are enjoying, we’ll be able to do that, and a big part of our freedom, and indeed motivation, to develop is how much we can get back from sales at the end of the day in order to put towards more original titles.” 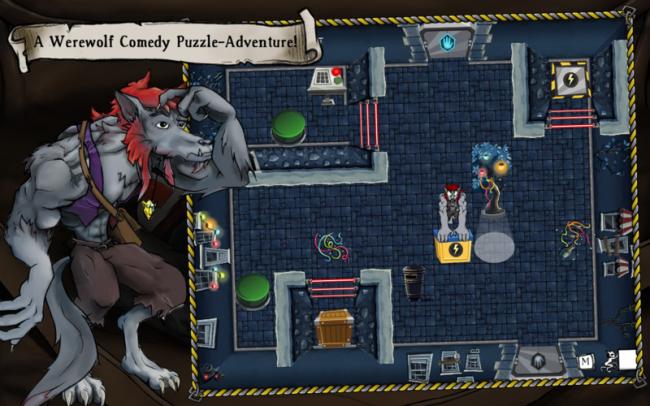 On one hand, you have to give Goulding credit for taking on the prevailing wisdom and drawing a line in the sand where Brawesome’s games are concerned. I think the allure of free-to-play often overshadows the fact that there is still plenty of room for successful premium experiences in the digital space; it’s more than anything about creating compelling content, catering to a niche, and letting your work speak for itself. And while no upfront cost is certainly more appealing for the consumer, there’s a definitely “wholeness” the feeling of laying down your money, owning an entire game, and freeing yourself up to love or hate it on the merits of gameplay.

With free-to-play and freemium, however, I’m constantly in this state of flux. Half-play where I often spend just as much time dreading the next pay wall as I do engaging in experience that even qualifies as a game. Quickly enough, the initial joy of getting in without having to shell out is far outweighed by the crushing knowledge that I’ll have to purchase my way back into a zone where I have enough energy/stamina/credits to do more than sit and watch the screen. Amid this race to the bottom of consumers’ wallets, I long for the kinds of substantial titles that Brawesome churns out.

And then there’s the harsh reality. With over 70% of digital app revenue coming from in-app payments, and services like Kongregate offering free access to highly playable games, the market and consumers’ open-mouthed embrace of the model doesn’t seem to be going away any time soon. And all the sticking to your guns in the world won’t stop many players from staring at a price raise any bit higher than two dollars and moving on. All not to mention games like Duckers, which show increasing experimentation with free-to-play as a legitimate model that works at the level of design.

Goulding, though? He still sees plenty of room left for champions of paid content. For a time when developers earned their way into your wallet once, and then left you to spend as you saw fit on other games. Summing it up as only he can, he finishes:

“Is this crazy? Is this necessary? Our answer is yes.”