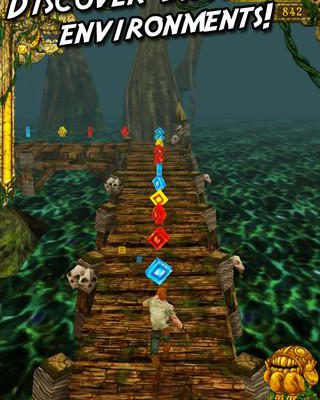 The number of games on mobile devices now numbers in the hundreds of thousands. But break that down to the games that really matter – the games that everybody plays and that never seem to wear out their welcome – and that list gets considerably smaller. Angry Birds, Cut the Rope, Jetpack Joyride – they’d all make the cut. And yet, it’s the endless running of adventurer Guy Dangerous that has seemed on the tip of everybody’s tongue for the last six months.

Wherever you go, people are playing Temple Run – on buses, in offices, or even just on the couch. They’re also, it turns out, playing it at the offices of Disney. And at Disney, they really like Temple Run. So much so that they’ve just announced a collaboration with Imangi Studios to bring Temple Run: Brave to life – a licensed version of Temple Run based on the upcoming Pixar film.

As exciting as this is for mobile gamers and moviegoers, few folks are as pleased as Natalya Luckynova. Natalia is the co-founder of Imangi Studios, the development house behind the endless running hit. We recently had a chance to ask Natalia how this film-friendly partnership came to be.

It’s a hack question, but I have to know: how blown away have you been by the success of Temple Run thus far?

It’s been completely surreal. I think every game developer dreams of having a hit, but even in our wildest dreams we didn’t imagine a hit of this magnitude. To think that something the three of us made is enjoyed by 80 million people worldwide is just mind boggling. People have even made fan movies inspired by the game! We see someone playing the game pretty much every time we get on the subway or go to the mall. It’s just nuts! It’s still hard to believe, honestly. 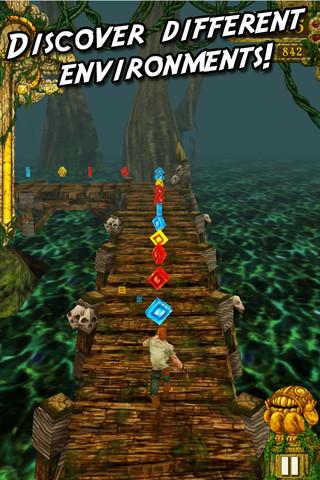 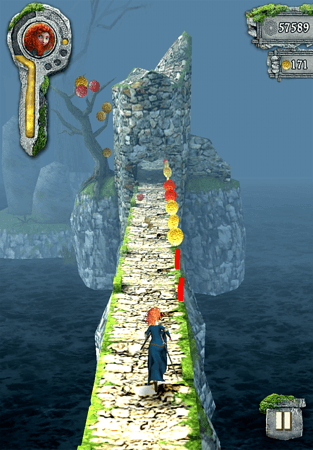 How did the partnership with Disney/Pixar come about?

Bart Decrem called us when Temple Run was just starting to get big to congratulate us and talk about doing some kind of collaboration. We really enjoyed talking to him, and we really love the work that Disney Mobile has done under his direction. Where’s My Water? is a fabulous game. We were pretty gun shy about doing any kind of collaboration at first, but the first time we saw the Brave trailer, it hit us what a perfect match-up this would be with Temple Run. We just couldn’t turn it down.

Were you approached for other licensing deals in the past? If so, what made you say no to those, but yes to Brave?

When Temple Run went big, lots of people started approaching us to license all sorts of properties with the game. However, we are extremely protective of our baby, and a lot of the partnerships just didn’t make sense for Temple Run. We are very conservative about this sort of thing, so we were pretty much decided that we would not do any of these deals. However, when Bart came to us with the possibility of doing a Temple Run / Brave collaboration, we couldn’t turn it down. We loved the look of Brave from the trailer and saw lots of parallels to Temple Run. There were so many shots of Merida running, and that sense of speed, and the beautiful landscape, and down to the fact that both Merida and Guy Dangerous, our main character, are redheads. That felt like a sign.

And most importantly, we have been fans of Pixar for many years. What that company has accomplished is incredible, and we really admire their dedication to quality, creativity and artistry. We felt very confident collaborating with a company that gives all their projects so much love. It really jived very well with how we approach game development, so we were excited to work with Disney/Pixar as a partner. 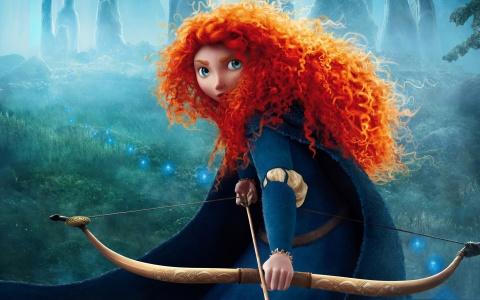 Games based on movies have historically had a horrendous reputation, but over the last few years movie studios have been reaching out to developers in an attempt to license successful game franchises rather than the other way around. We’ve seen Angry Birds Rio, Doodle Jump Hop, Fruit Ninja: Puss in Boots, and now Temple Run: Brave. Is this a trend you hope to see continue?

We were definitely encouraged by the success of the crossovers you named. Mobile games are a relatively new space, but they are huge and their reach is incredible. It’s good that the more creative movie studios are looking to leverage some of these popular games to promote their movies. It’s a win for the players, the studios and the game developers.

In addition to running, jumping, and sliding, Temple Run: Brave adds a new shooting mechanic to the game. Can you tell us a little about it?

The shooting mechanic is really fun! Archery is a very important part of Brave, so we were really glad that we were able to incorporate the mechanic in such a fun way into the game. The way it works is that when you approach an archery section, a number of targets will show up at the top of the screen, which tells you how many targets you have to hit. Then the actual targets will actually appear on the right or left, and you have to tap on the right or left in time to shoot the target. If you get all the targets in a row, you get a big score and coin bonus. Those targets go by fast, so it’s definitely challenging and fun.

Are there any other new twists that fans of Temple Run can expect to see in Temple Run: Brave?

We didn’t want to mess with the gameplay too much, because people really love the Temple Run gameplay. Temple Run fans are always clamoring for new environments to play in, and Temple Run: Brave gives them the chance to play in the gorgeous landscape of Brave. There are also lots of new items to unlock, and more will be added in the updates. 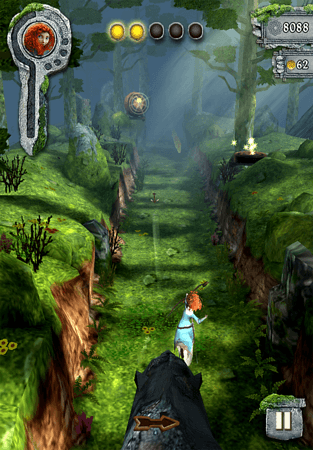 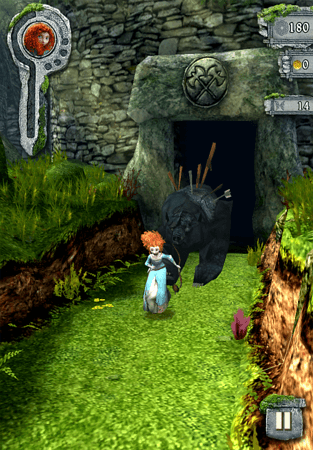 The bow and arrow mechanic looks really neat. It kind of makes us wish you’d made Temple Run: Girl on Fire.

Haha – I like that idea! The bow and arrow is making a big comeback. Every game should have it!

The original Temple Run is still our favorite game to play on the iCade. Any plans to offer similar support in Temple Run: Brave?

Glad you like Temple Run on iCade! We don’t have plans for it at this time, but you never know, we may do it in an update at some point.

Has Pixar let you have a sneak peek at the finished movie yet? What did you think?

Yes, we were lucky enough to see the movie at Pixar. It was an amazing experience. We were slightly nervous, because we were halfway through the collaboration at this point having never seen the movie, and going just on blind faith in Pixar. Fortunately, that blind faith paid off. The movie is beautiful, the visuals are stunning, and not to get too cliched, but we did laugh, and we did cry. It’s really an amazing experience watching it at the Pixar theater. And afterwards, we got to chat with the people that made this amazing movie and talk about Temple Run: Brave. Once again, that was completely surreal and we were really humbled.