Boundary is a Hotly Anticipated Zero-G Shooter, Now Available to Wishlist on Steam 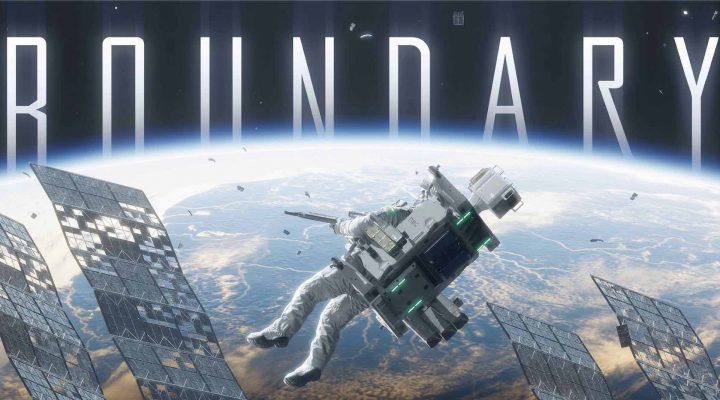 The Steam page for Boundary, the innovative zero-gravity multiplayer FPS from developer Surgical Scalpels and publisher Huya, is now live. That means you can add the game to your wishlist in preparation for its imminent launch.

In case the ace-looking trailer has somehow passed you by, Boundary is a multiplayer shooter set in the endless cold void of space rather than on boring old terra firma.

The change of setting has obvious implications for the combat, since you can attack, and be attacked, from every angle. Boundary is the first truly three-dimensional shooter.

Boundary will have four multiplayer modes at launch, including Team Deathmatch, Skirmish, Facility Capture, and Orbital Purge. These will involve going head to head in 5v5 or 3v3 matches, set in eight different multiplayer maps.

You’ll play as an Astroperator, and there are six classes to choose from depending on your preferred style of zero-gravity combat. There’s a wide range of weaponry to master, and you can customise it as much as you like, utilising different types of round and the situation dictates.

For instance, you might want to use armor penetrating rounds to puncture enemy EMU suits and electromagnetic pulse rounds to scramble their equipment, loaded alternately into your clip for maximum disruption. There are tons of combinations to experiment with.

You can modify your EMU suit, too, choosing between light, medium, or heavy packs, and equipping offensive or defensive weaponry. Between classes, weapons, ammo, basic skill augmentations, and EMU modifications there are countless combinations available.

It’s the realistic zero-gravity combat that really stuns though, and is unlike anything seen before in the first person shooter genre. Playing in complete zero gravity – with a full six degrees of movement – allows for a level of strategy in encounters that really keeps you on your toes.

And Boundary looks great and feels even better to play. Just watch the trailer. Now watch it again. It’s like a scene from Ad Astra or Gravity, but one that you can play.

Boundary is coming to PC and PS4 “soon”. Head to the game’s Steam listing right now to add it to your wishlist.

Misery is the Aim of the Game in the Hilarious Gloom: Digital Edition, Out Now for iOS and Android

Epic Odyssey is an SRPG with Open World Exploration, Gacha Summons, and More