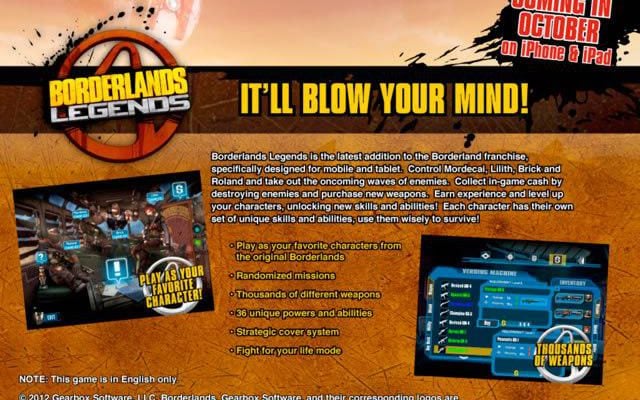 I hope you’re ready to return to the land of Pandora, because Borderlands Legends is on its way to your iDevice. It’s not entirely clear what kind of game it will be, but hey! More Borderlands is always a good thing.

The game’s existence was first discovered by Gearbox Forums user Ownzilla, who spotted a somewhat vague advertisement for it in the digital strategy guide of Borderlands 2. The ad (shown below) states that the four playable characters from the first Borderlands will be making a comeback, each with their own set of abilities. There will also be a cover system, meaning this is likely to be some sort of — surprise, surprise — action game. Unless it’s a really intense chess sim, I suppose. 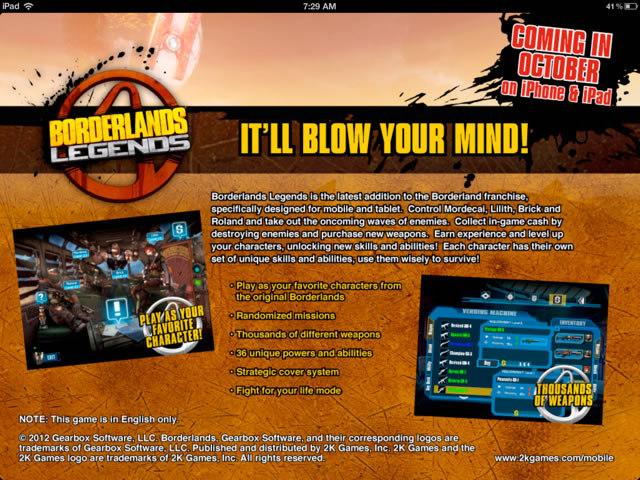 Additionally, there will be “thousands of different weapons,” randomized missions, and a “Fight for your life” mode, ostensibly related to the mode of the same name in Borderlands 1 and 2.

We won’t have to wait too long for more information, as the ad also states (in massive red letters, no less!) that the game will launch sometime this October.

Was Activision’s Bobby Kotick right all along?