Home / News / Boldly Go Where No One Has Gone Before In Star Trek Fleet Command, Out Now 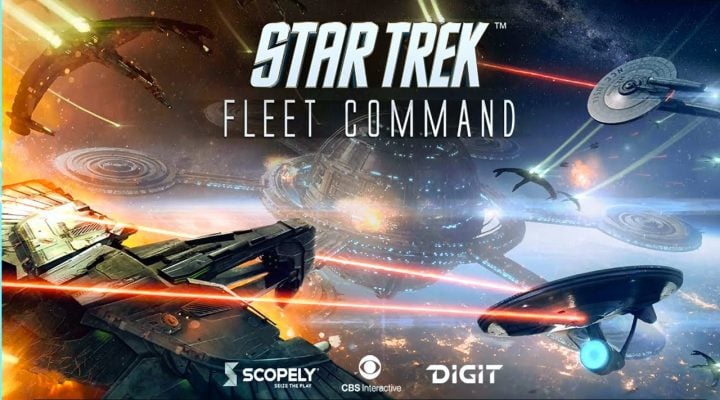 Boldly go where no one has gone before now that Star Trek Fleet Command has landed on Google Play. You play as the commander of a starbase in a galaxy on the cusp of war. The Federation, Klingon, and Romulan forces are battling it out for control of the Alpha and Beta quadrants.

It’s time for you to take control of the situation by recruiting your favourite officers like James T. Kirk, Spock, and Nero to man the mightiest ships like the Enterprise, Romulan Warbird, and the Klingon Bird of Prey. That’s right – you can build ships from any faction.

You’ll start by building your starbase and fortifying it so it can easily deal with enemy threats. Then you’ll recruit officers, construct ships, and upgrade them and their crews to increase their effectiveness in battle.

Battles take many forms from defending locals to fighting pirates. If multiplayer is more your bag, there’s plenty of that to be had in the enormous real-time multiplayer arenas.  Here tons of real players duke it out to see who’s the best.

Of course, if you prefer peace you can strive towards that instead. You can negotiate peace treaties to bring stability to the galaxy instead of dominating it through sheer power.

That choice is up to you, but no matter how you choose to play this strategy MMO, you’ll have an absolute ton of fun.

You can grab Star Trek Fleet Command right now on Google Play or on PC via BlueStacks. That’s the optimal way to play this deep strategic experience.

Sure, playing on mobile when out and about is great but when you’re in the comfort of your own home, you’d probably rather play on the big screen. That’s where BlueStacks comes in.

Using this nifty PC platform you’ll have more accuracy thanks to the mouse, more comfort, and the best possible visuals. BlueStacks mimics the specs of the best phone possible that can run each mobile game so you get the best experience. Grab BlueStacks off the official site right now.