Home / News / Blizzard Is Giving Away Their Early Classics

Blizzard Is Giving Away Their Early Classics 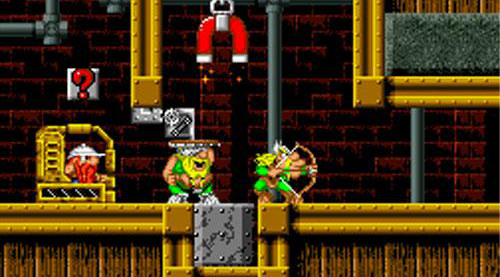 Every studio had to start somewhere, and with Blizzard, that somewhere was still pretty amazing. Do you remember The Lost Vikings? That was Blizzard. Rock n’ Roll Racing? Blizzard, too. Even Blackthorne, which admittedly, I’m a little hazier on, was an early Blizzard property.

While all worth a download (especially since they’re free), I’d like to call particular attention to The Lost Vikings. It was arguably the first puzzle platformer with a “switch between different characters to solve the puzzles” mechanic, it was unique enough to inspire a whole sub-genre of puzzle platforming. And also, it’s just pretty damned great.

It’s also worth noting that fellow Gamezebo scribe Steven Strom thinks that The Lost Vikings‘ Olaf the Stout could be making an appearance in Blizzard’s upcoming MOBA Heroes of the Storm. And that would just be… wow.

Now if only we could convince Rockstar Games to do the same thing with their early games. After all, they started life with a little hit called Lemmings, and later created Space Station Silicon Valley – aka quite possibly the best N64 game you haven’t heard of.

You can snag all three of Blizzard’s early classics at Battle.net.

Get Sword of Fargoal for Free, Right Now