By Simon Reed | 9 years ago 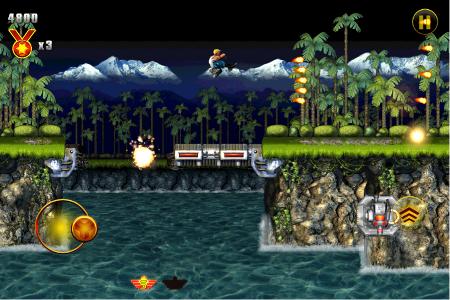 Independence Day may be over for another year, but there are still some unwanted invaders to repel from the lands. I’m speaking, of course, about the alien baddies in Contra: Evolution.

As if blasting a whole bunch of slimy creatures in the face with high-powered weaponry wasn’t reason enough to boot this game up, the team behind this mobile remake of the classic shooter has just given you extra motivation to do so.

Yep, Contra: Evolution creator CocoaChina has some awesome prizes up its virtual sleeve for you hardcore shooters out there.

After two weeks, winners will be randomly selected from all qualifying entries. And what can you win for your run-and-gunning efforts?

The grand prize is a 16GB iPad mini. Four second prize winners will receive one of four 16GB iPod touches. Five further runners-up will each get $50 iTunes Gift Cards*.

Why not follow the @CocoaChina Twitter feed, by the way? That way, you can keep up to date on all things Contra: Evolution.

*If you live outside the US and Canada, the respective prizes will take the form of iTunes Gift Cards equal to the value of the prize won.