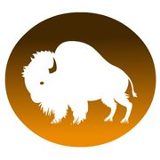 Buffalo Studios, best known as the developer behind Bingo Blitz, has been acquired by casino gaming company Caesars Interactive Entertainment. Acquisitions have a tendency to be something of a gamble, but given the genre of game we’re dealing with here, that feels pretty appropriate.

As Inside Social Games points out, Bingo Blitz is currently the sixth most popular gambling game on Facebook in terms of daily active users. There’s no telling if this ordeal will in any way alter the game or have any sort of effect on how Buffalo Studios operates, though it sounds like it will be made an affiliate of Playtika, a studio Caesars purchased a while back.

If Zynga’s acquisition of Draw Something developer OMGPOP has taught us anything, it’s that you can never tell how an acquisition will unfold. This one in particular seems destined to succeed, but only time will tell.