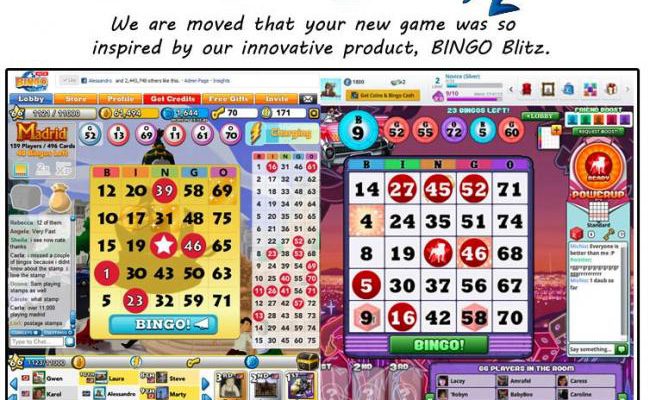 Zynga Bingo may still be in closed beta, but that hasn’t stopped Buffalo Studios from claiming that the game is a copy of Bingo Blitz.

As reported by VentureBeat, the studio has released an infographic (below) quite similar to the one made by Tiny Tower developer Nimblebit. LIke that image, Buffalo’s shows via screenshots the similarities between the two games, complete with plenty of snarky language.

“You’ve obviously played our game Bingo Blitz, along with over one million other daily active users,” the graphic reads. “Please tell your thousands of employees amd shareholders that we they enjoy playing the games we’re cooking up next!”

Of course, Zynga isn’t the only large developer embroiled in a plagiarism scandal. Triple Town developer Spry Fox recently announced that it had filed a lawsuit against 6waves Lolapps based on its game Yeti Town. 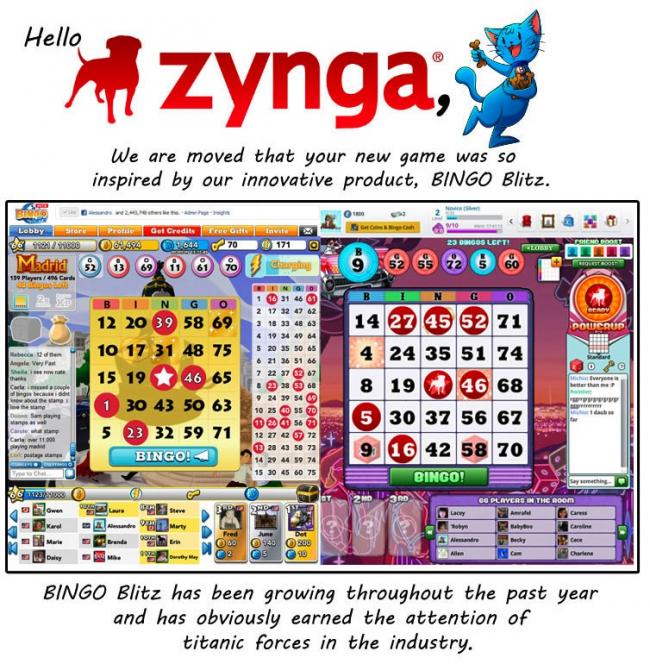 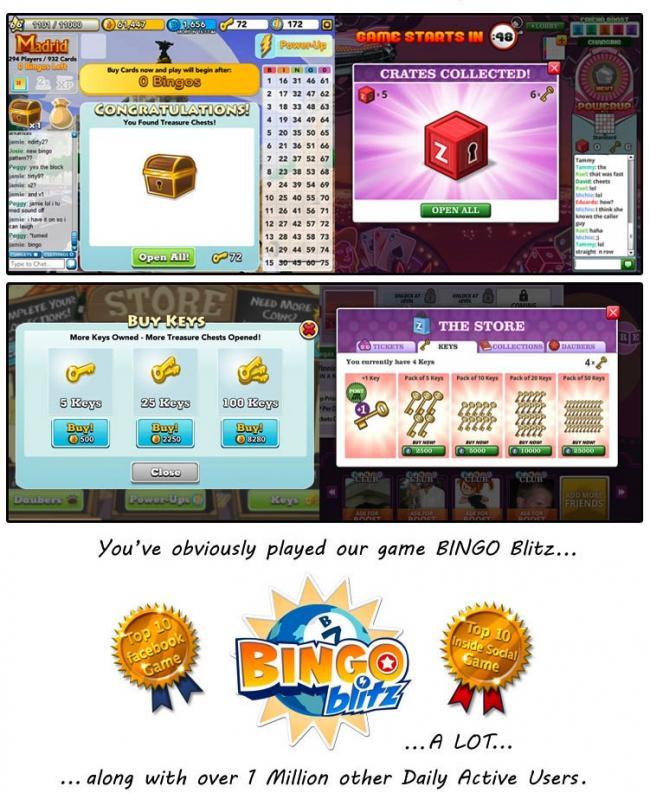 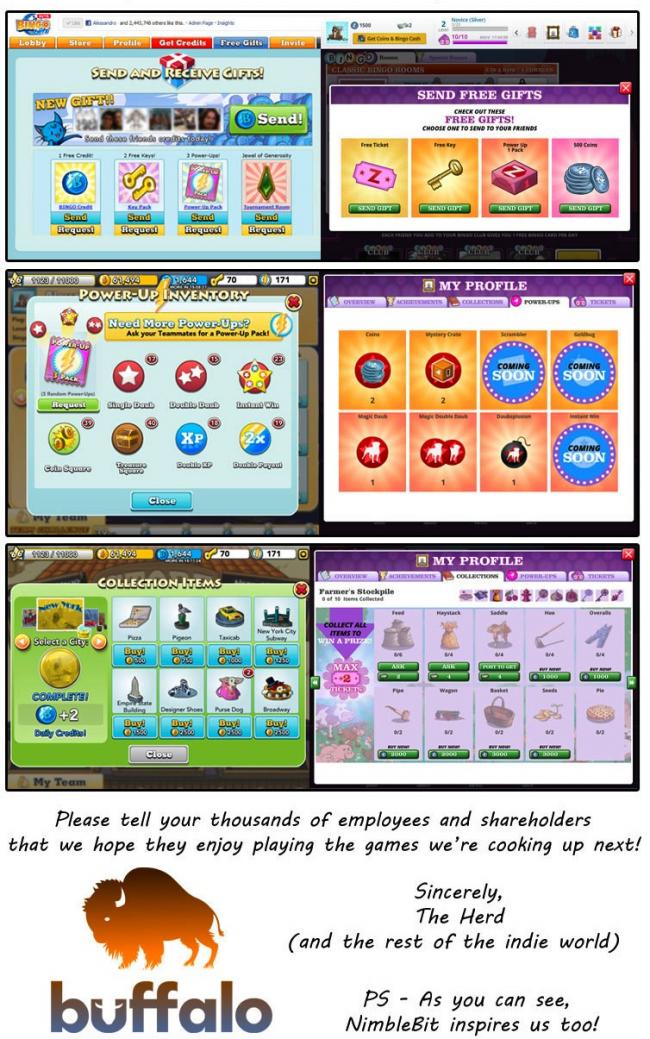