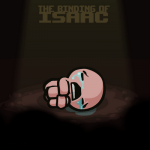 On the strength of over 500,000 downloads and much bloody slayage,the macabre rogue-like The Binding of Isaac is getting what is being dubbed as a “mega expansion” on May 28th. From the lovably twisted minds of indie developers Edmund McMillen (of Super Meat Boy fame) and Florian Himsl, the vaguely biblical and entirely clever dungeon-crawler-allegory earned a four-star stamp of approval from us the first time around. This second helping of Isaac – entitled Wrath of the Lamb – has been in the works since February, wrote McMillen to Gamezebo, and represents the duo’s “dream expansion” to a project he says started with much more conservative goals.

“When Florian and I started working on Isaac it was nothing more than a simple game jam game that ballooned and 3 months later we decided to release our little side project on steam for a humble $5,” relays McMillen of the game’s improvisational birth. “[We never thought] something so odd and difficult could really gain anything more than a small cult following. In a lot of ways i [sic] always saw it as a ‘midnight movie’ in game form.”After soaring past half-a-million copies sold, however, it’s clear that the pair stumbled on to something special with Isaac, and that gamers are perhaps hungering for more “Grindhouse” experiences. A hunger which they’ll (you’ll!) be able to satiate in three weeks time, for exactly three dollars via Steam. How serendipitous.

We’re not one for dry lists, but it suffices to say that your if you’re a fan of the original game, your hard-earned cash will be well spent here, as Wrath of the Lamb gets set to add over 100 new items, 20 new enemies, 15 new bosses, a “berserker” character Samson, and plenty, plenty more. For his part, McMillen is promising “more super secrets than you’d probably expect” and wishing players “good luck [in] finding them all.”

Also of note: players should spend now or forever hold their save files, as this will mark the final expansion for the game before Edmund goes into heads-down mode on Team Meat’s iOS outing, Super Meat Boy: The Game. As always, stay tuned to Gamezebo for coverage of both Isaac’s expansion, and the impending mobile meatiness!

Indie Game: The Movie is essential viewing for anyone who has ever loved video games