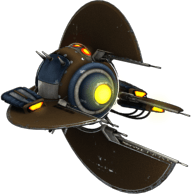 According to a report from GamesBrief, Bigpoint CEO Heiko Hubertz revealed that over that period 2,000 of “The 10th Drone” — a rare and helpful in-game item — were sold. The catch is that the item costs €1000 (US$1,335) each, which means that sales of that single item reached into the millions in less than a week.

Playdom’s Social City and ESPNU shutting down in December