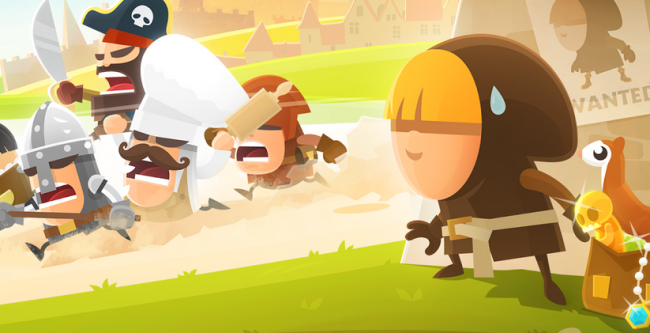 Late last week, Rovio Stars and 5 Ants announced that their game, Tiny Thief, would shed its $2.99 price tag and become a free-to-play game with in-app purchases. The new, free version of Tiny Thief features three levels (fifteen stages total) for free, with the option for players to purchase the fourth and fifth levels for $1.99 each. To the dismay of those who already owned the entire game, this update locks previous owners out of the final two levels, forcing everyone to pay to access the content.

That’s right, Rovio took content away from buyers who already owned the access to it. As far as we can tell, there is nothing different from the original game beyond a new sixth level which is, unsurprisingly, behind a paywall. Former Tiny Thief owners are upset at the sudden loss of access to the game.

“This game gave me hope for mobile gaming,” one person posted as a review on the Tiny Thief Google Play page, “[it was] an awesome game you paid for up front without this “free to play” money extortion stuff going on. Now however it seems corporate cash grubbing got the better of even that tiny dream.”

“Google needs to rethink their policy on games…changing over to a freemium model,” another upset consumer reviewed. “Disgusting that Rovio [is] doing this. I bought this game literally four days ago and now I’m being asked to pay all over again.”

When asked about the switch from paid to freemium, Tiny Thief developer 5 Ants (Rovio Stars is the publisher) said, “We are sorry, [we] didn’t want to disrespect anybody, but we need to finance the development the creation of that new content supposed.” We have reached out to 5 Ants for further clarification.

The good news is that buyers who are requesting refunds seem to be receiving them.

We reviewed Tiny Thief, back in July, and really liked it. So players who have yet to check the game out, may want to do so now that a portion of game is available for free.