Big Picture has changed the way I shop on Steam 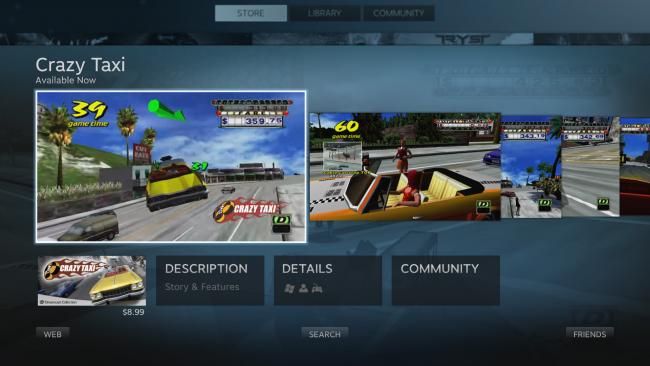 I don’t know about you, but I hate labels.  I’ve never considered myself a “PC gamer” or a “console gamer.” Having said that, I still have my biases. For example, I feel I have an innate understanding for what belongs on my desktop and what belongs in my living room.  As Kipling once wrote, “East is East and West is West, and never the twain shall meet.”

But as Valve clearly demonstrated to me this weekend, I wasn’t seeing the big picture.

Currently in public beta, Big Picture is a new visual layout for Steam that lets users enjoy the service on their televisions with only a controller in their hands.  In theory, it’s as simple as connecting your PC to your TV via an HDMI cable – and for a lot of people, this really will be the case.  My personal journey involved an entire Saturday formatting and tweaking an older PC to turn it into my own dedicated “Steam Box,” but both Valve and I will understand if you have better things to do with your time.

Once I had it together and ready to go, I had to ask myself one simple question: what PC games do I actually want to play on my TV?

This is where the genius behind Big Picture really starts to shine through.  While my gut reaction was to dig through my existing library of Steam games and play those (and I did, and some of them were great), I quickly realized that there were hundreds of games on Steam that I would never have considered buying before that now made sense simply because I was playing on my TV.

$8.99 for the Dreamcast version of Crazy Taxi might sound insane to a PC gamer (and rightfully so), but as someone who just wants to pass the controller around with the family?  It was a dream come true.    And while I’ve never been one to play a third-person platformer on my PC, I couldn’t have clicked purchase fast enough when it came to snagging Oddworld: Munch’s Oddysee on Big Picture.  Sitting there on my couch, Xbox controller in hand while I enjoyed the exploits of Oddworld’s last Gabbit- it was like 2001 all over again.

As far as the UI goes, my initial impression of Big Picture was good, but it really does need some tweaking.  The search function needs to work properly (every attempt resulted in an error during our trial run), and more importantly, there needs to be a filter that shows you only games that are controller-enabled; both in your library and on the store.  While a mouse and keyboard can be used with Big Picture, I think the realistic snapshot of a Big Picture user is someone with a controller in their hands who just wants to chill out on the couch and kick it console-style.  At the very least, that’s how I plan to enjoy it.  The shopping experience needs to try and cater to that. 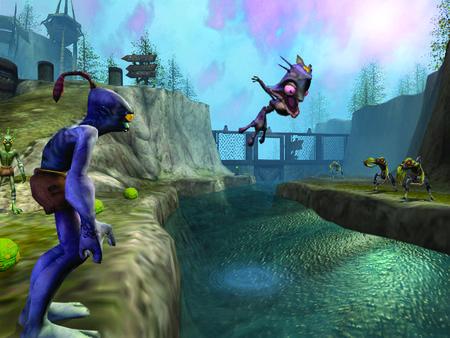 But the bigger picture on Big Picture?  If my experience is any indication, Valve has done something much more notable here than come up with a way to let you enjoy their service in your living room. They’ve found a way to sell console-style games to those of us who’ve always shied away from such experiences on the PC.  If this takes off, not only could it become a whole new profit stream for developers, but it could give them the same opportunity to work outside the traditional system that other models (from the App Store to Kickstarter) have in the last few years.  After all – why would you need to raise millions or get into publishing deals to reach the console market when you could just as easily reach the same customer directly through Steam?

Indie Royale unleashes The Back to School Bundle