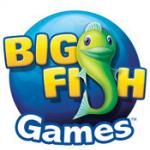 While Big Fish has long been a big name in publishing casual games for PC and Mac owners, their footprint on the App Store has been shallow at best. At least it has until recently. Over the last few months the popular publisher has become a mainstay of the iPad’s Top 100 Games chart, with games like Big City Adventure: New York and Drawn: The Painted Tower cementing their presence on the iDevice market. Now they’re looking to expand their dominance even further, inking a deal with Gogii Games to publish 17 titles specifically targeted to iOS devices.

With so much talk about different company’s trying to get bring the traditional developer/publisher relationship to iOS, it should really come as no surprise that Big Fish Games is looking to duplicate their success with that model on another platform. Thus far all of the Big Fish releases on the App Store seem to have been in-house productions, but with Gogii jumping on board, you can bet it’s only a matter of time until other casual developers are doing the same.

“Leveraging our experience as casual game developers, we see mobile devices as a natural extension of our current specialty,” says Gogii Games founder George Donavan. “It’s a revenue channel that is experiencing explosive growth and will allow us to reach a wider client base, without losing our focus on our demographic and their interests.”

There’s no word yet on exactly what these 17 games will be, but with only 8 months left in the year, you can bet it’s only a matter of time until the first of Gogii’s iOS titles hits the App Store.