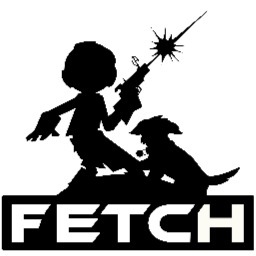 Big Fish Games has teamed up with fellow Seattle-based institution, the Museum of History & Industry (MOHAI), to create an installation detailing the development process of their upcoming mobile adventure game, Fetch.

The interactive exhibit highlights various facets of the game’s development, covering the transition from concept art, to design and development, then testing and marketing. There is even a playable demo of Fetch available to visitors, who are encouraged to test the work-in-progress and offer their own unique gameplay ideas.

Headed by the same team behind the Drawn series, Fetch tells the tale of a boy and his dog, who become separated after a (presumably) unfortunate incident with a sentient fire hydrant. The game promises to offer a mix of puzzles and interactive animation, while also working in retro-style arcade games. Fetch is expected to launch within the first half of 2013, and when it does, it will include a museum level that incorporates actual artifacts from MOHAI. Now that’s synergy.

“There are millions of people who play games but most aren’t privy to the process and details that go into actually creating a game,” says MOHAI Executive Director Leonard Garfield, who hopes the Fetch exhibit will “inspire future game makers.” If you’re interested in seeing the “Building a Video Game” installation at MOHAI, you’ve got some time, as it will be on display through September 2013. For more information, visit Big Fish Games.