Big Fish Games, like Zynga before them, has just become Bitcoin friendly 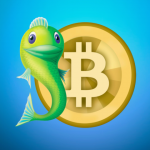 For something that sounds like one part anarchist fantasy and one part doomed idealism, Bitcoin has defied a lot of odds in the last few months. A virtual currency that exists without government support (and in some parts of the world is straight up illegal), it’s been embraced by a number of names in the gaming world.

Some of those names, like Apps for Coins, are small players that have sprung up as part of a cottage industry around Bitcoin buyers – but those names aren’t going to stay small for long. Zynga started experimenting with Bitcoins back in January, and now a similarly big name is casual gaming, Big Fish Games, has partnered with Coinbase to offer the currency as a viable alternative to their more common payment options.

“Being able to offer bitcoin payments to our consumers through Coinbase is just one more way Big Fish is meeting demand and setting the pace for the mainstream consumer and for the mainstream industry,” Big Fish CEO Paul Thelen said in today’s press release. “This is not a test, this payment method will be available worldwide for all of Big Fish PC and Mac games in the Big Fish app store.”

It’s worth stressing that Bitcoin won’t be replacing the current method of payments available on bigfishgames.com – you’ll still be able to pay via credit card or PayPal – but this will open things up to consumers who might have shied away from those payments in the past. (Personally, I can’t imagine who those people would be – but hey, Bitcoin is succeeding for a reason, right?)

Because of the nature of mobile payments, Bitcoin won’t be an available purchase option for Big Fish gamers on Android or iOS – but with past rumors of Google’s consideration of Bitcoin, who knows what the future might hold?

It’s also worth noting that Gamezebo’s own Joel Brodie predicted that “Bitcoin will start to make big inroads with online casino sites,” and while he might not have meant soft currency games like Big Fish Casino, I’m still going to call this a win.

Have you used Bitcoins before, and would you use them to buy digital games?