Home / News / Big Fish Games does not have Zynga envy

Big Fish Games does not have Zynga envy 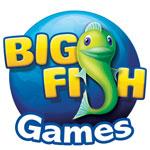 What if you are a casual game company that earned $100 million in 2009, compared to $8.6 million in 2005 and that you have raised $80 million, all during a huge worldwide recession?

As part of the PR push around their international expansion into a total of 10 localized markets, Big Fish has revealed more details than ever before about their revenue numbers, even hinting that they could earn $130 million in revenues in 2010 (Forbes).

Normally, this would be New York Times headline territory, but these are not normal times, and it’s all because of a company called Zynga.

Zynga has been very open about it’s numbers. Zynga is projected to earn $500 million this year on social games. That’s $500 million, and with the upcoming launch of CityVille and their own global expansion, the actual number may end up much higher.

Yet, Big Fish Games does not have Zynga envy. In an interview with Dean Takahashi at Venture Beat, CEO Jeremy Lewis reveals his goal is to focus on casual games and the downloads market and let Zynga fight for social and deal with Facebook, who still controls the distribution.

The goal of Big Fish Games and other casual game download sites like GameHouse, WildTangent, iPlay, and the like, is to position themselves as the destination globally as these new gamers get bored of social games and leave Facebook to try out other casual game experiences, such as downloads.

Dean has an interesting quote:

“If social and mobile game growth comes at the expense of casual downloadable games, Big Fish is in trouble. But [Big Fish Games CEO] Lewis believes that the popularity of games is expanding and that the environment is not yet a zero-sum game.”

Facebook and social games are definitely growing as evidenced by Zynga’s numbers. The question is whether Facebook is stealing gamers from other markets (downloads) or making the pie bigger for all?

If casual is not a zero-sum game, there is more than enough room for Zynga, Big Fish Games, and a number of other game companies to succeed in the casual games market regardless of whether they focus on social, download, iOS games, or all of the above.