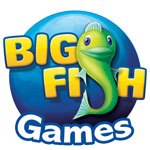 Citing complaints by a vocal minority in its forums that there are “too darn many hidden object and not enough time management games” released on its web site, Big Fish Games has announced that for the entire month of April, not one hidden object game will be offered.

“The hidden object game will be removed once tomorrow becomes today,” a Big Fish spokesperson elaborated, “or we’d be giving away a lot of free hidden object games in April. Felix woudn’t approve…and you don’t want to see Felix angry.”

In other news, Big Fish also announced today that they are releasing their own iPad Killer, the PlayWrite tablet. The PlayWrite tablet will be the lightest tablet on the market, allow anyone with no experience whatsoever to design games for it, and be able to run an unlimited amount of games.

Apple and Google to merge iOS and Android together