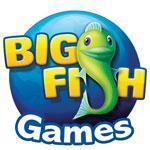 Casino games have been exploding in popularity recently, and now it looks like Big Fish Games might be getting into the game after acquiring Self Aware Games and its parent, Social Concepts. Self Aware’s most notable release was Card Ace: Casino for iOS and Android platforms. Self-Aware’s other projects include Fleck and Taxiball, and they’re also working on a location-based mobile MMO title.

By purchasing Self-Aware and Social Concepts, Big Fish Games will be adding about 25 new employees to its office. Furthermore, Big Fish will also gain access to the virtual goods platform developed by Self-Aware. Big Fish has stated that it plans to bring Self-Aware’s mobile-social brands to the other platforms on which Big Fish develops.

Big Fish also made the announcement that it set a company revenue record for the ninth straight year, with a 30 percent year-over-year increase in revenue. The company credited its success to its large PC and mobile gaming catalog.

This is not the first acquisition linked to the rise in casino-style videogames as of late. Virtual gaming firm IGT bought Double Down Interactive for $500 million. Caesars Interactive also purchased Playtika and released Caesars Casino. Zynga is even pushing harder into the casino game with their Zynga Casino series, and EA/PopCap just launched the beta for Lucky Gem Casino.