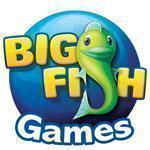 There are a lot of buzzwords out there in the world of publishing and game development: “discoverability,” “free-to-play,” “social” – but in the end, there’s only one word that really matters if a developer wants to keep the lights on: profit.  Big Fish CEO Paul Thelen took to the stage at Casual Connect Kiev this morning to talk about what developers should be doing to make more of it.

Outside of the inevitable sales pitch (“make more money by publishing through Big Fish!”), Thelen focused on which baskets developers might want to put their eggs in.  Specifically, he feels developers should focus less on emerging trends and more on safe bets.  More specifically, he outline the following;

“Those are the games that we see making money time and time again,” says Thelen.  “For every Angry Birds arcade game, there are about 10,000 want-to-be Angry Birds that made no money.  What I’m showing here are games that are lower risk, and have a pretty much guaranteed ROI if you build a quality version of them.  The physics-based arcade [games] or some of the card games you see on iOS are very successful, but they’re very high risk.  For every success, there are a lot of failures.”

That isn’t to say Thelen is averse to iOS releases.  Quite the contrary, in fact.  He just believes that if a game is going to be successful, it needs to target the right platforms.  For example, when everyone tried to bring social games to iOS, they found that while the free-to-play business model worked, the lack of a single-player focus didn’t.  As a result, the top grossing games on the App Store aren’t social games – they’re primarily single player games with a free-to-play monetization structure.

Success, in other words, is about understanding your audience.  This very sentiment carried over to his comments about Big Fish’s own recent unveiling of free-to-play PC games: “social was considered the PC environment for free-to-play…[yet] many free-to-play games are not that social, [but] they work with our audience on our portal.  We’ve seen a lot of success just in the first week.”

Success isn’t just about picking the right monetization method or platforms, though – it’s about being everywhere your audience might be.  “If you take your game and you want to make money, you need to hit all of the platforms that are relevant,” says Thelen.

For example, a single game published through Big Fish may monetize the following ways;

By going down the long path of ports and tweaks, a developer could easily double the income from a single game (or so the examples Thelen shared with the audience at Casual Connect led us to believe).  Of course, being able to pull this off means having the right opportunities, which means having the know-how …or partnering with someone who does.  “When you choose a partner, choose wisely.  There’s more than just one platform out there.  You want to get distribution across platforms with the biggest publisher you can to get a maximum amount of users.  Don’t choose someone as a publisher who can do basically what you can do yourself.  If you don’t want to work with a publisher, self-publish.  But if you’re working with a publisher, make sure they have the distribution and marketing to make it worthwhile.”

Thelen’s presentation might have felt a little like a sales pitch, but stepping back from it and looking at the bigger picture, there’s some great advice in here for developers.  Playing it safe has its advantages, and when marketing a game, it probably doesn’t hurt to find a publishing partner to give you that extra edge.

Is Rovio getting ready to jump into the publishing game? (Casual Connect Kiev)